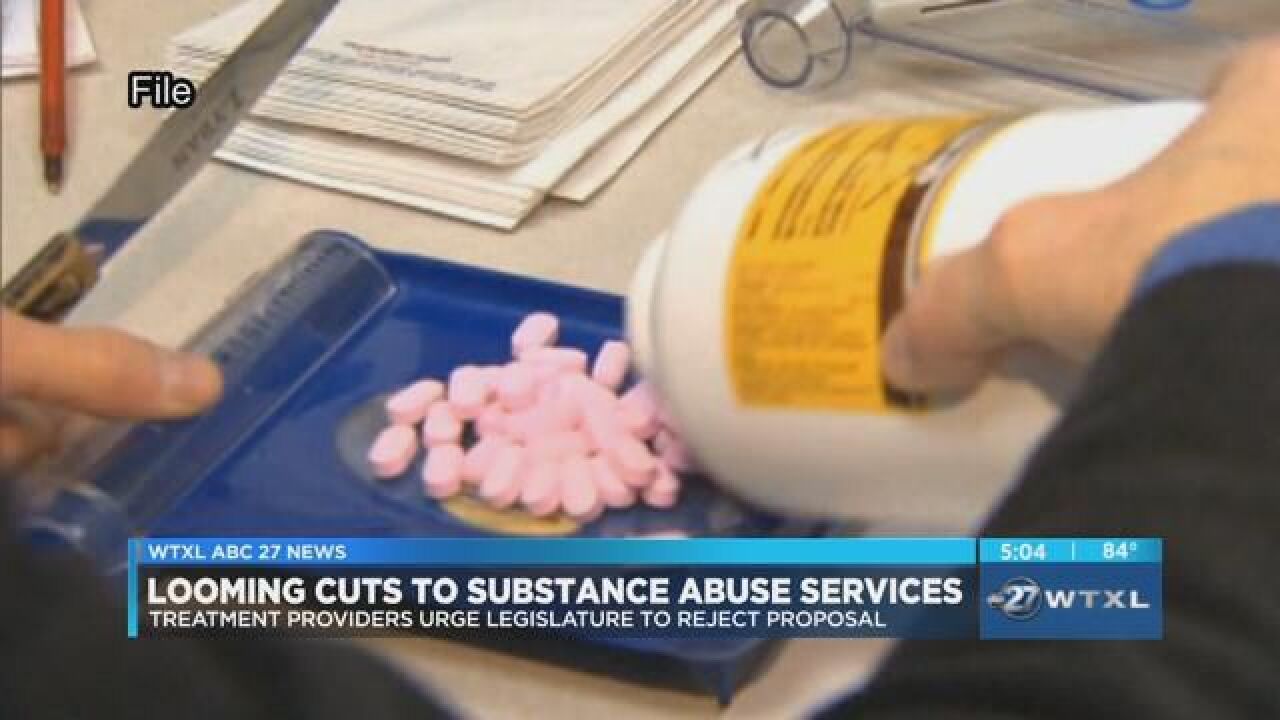 TALLAHASSEE, Fla. (WTXL) - Several substance abuse treatment programs and re-entry centers in the Sunshine State are in jeopardy of closing.

The Florida Alcohol and Drug Abuse Association says the state's plan to reduce those services by 40 percent is "crippling." The group of treatment providers says now is the time to build programs, not reduce them.

The cuts would eliminate therapeutic re-entry services as well as other programs offenders use to battle addiction.

The FADAA says the programs have helped inmates avoid going back to jail and stay away from drugs and alcohol. But if the state makes these cuts, the group says it would be extremely difficult to undo the damage.

"Fifty-eight percent of probationers and 64 percent -- these are DOC numbers -- of people in prison have a substance abuse problem, so one of the core services we should be providing them is substance abuse treatment, so that the pattern is not continued when they come back into the community," said Mark Fontaine, the executive director of the Florida Alcohol and Drug Abuse Association.

The group also says the cuts would get rid of more than 500 jobs across Florida. That includes those held by offenders in work programs.

To show the impact the cuts will have, the FADAA will tour at a vacant facility Tuesday in Pompano Beach that used to have therapeutic beds.