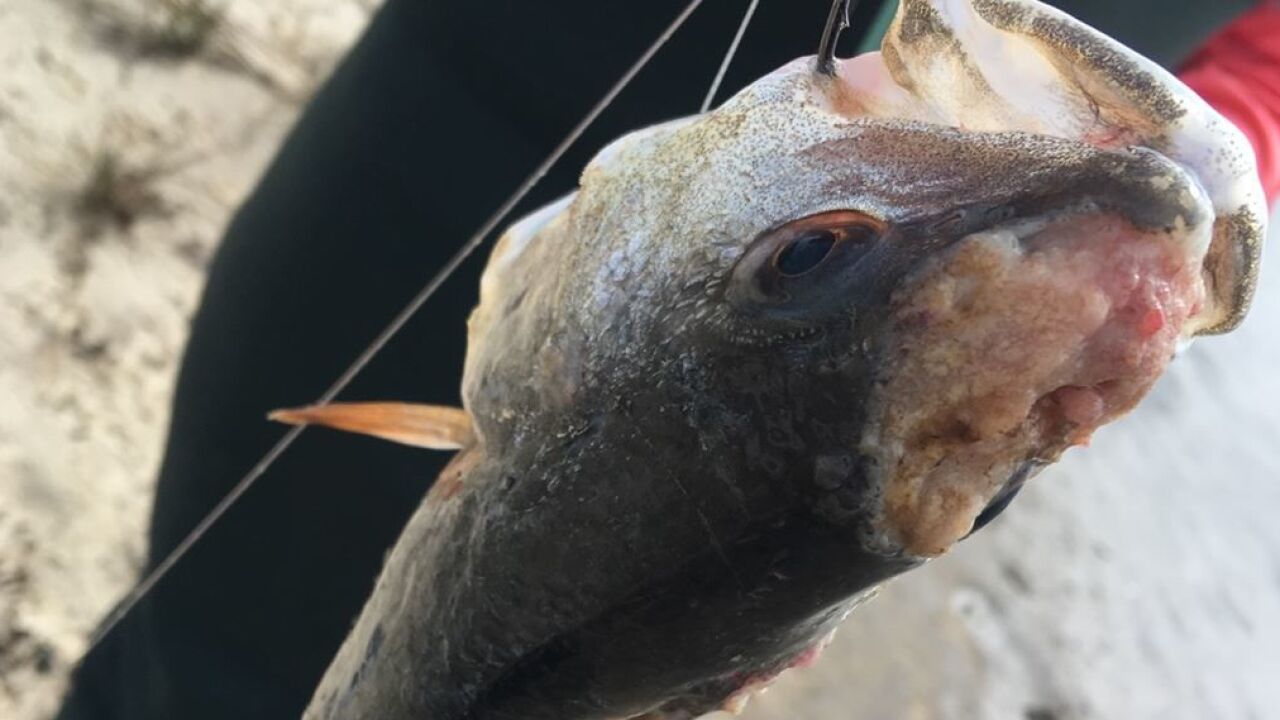 A resident sent WTXL pictures of some of the fish they caught Sunday morning.

According to fisherman Brandon Graham, nearly every fish he saw in the area appeared to have these fleshy sores on their bodies. They say the fish in the picture were caught in Eastpoint near St. George Island.

He says that he began noticing small wounds on brim about a month ago, but recently began to see larger wounds and dead fish floating on the water. Now, Graham says there's been significantly less fish in the area.

The residents say that they have reached out and reported their findings to NOAA and the Florida Fish and Wildlife Conservation Commission.

WTXL reached out to FWC to confirm whether they are investigating.

"Our fisheries biologists have contacted the angler about obtaining a sample for analysis and have not heard back yet," an FWC spokesperson told WTXL.