FBI: Protect yourself from suspicious packages 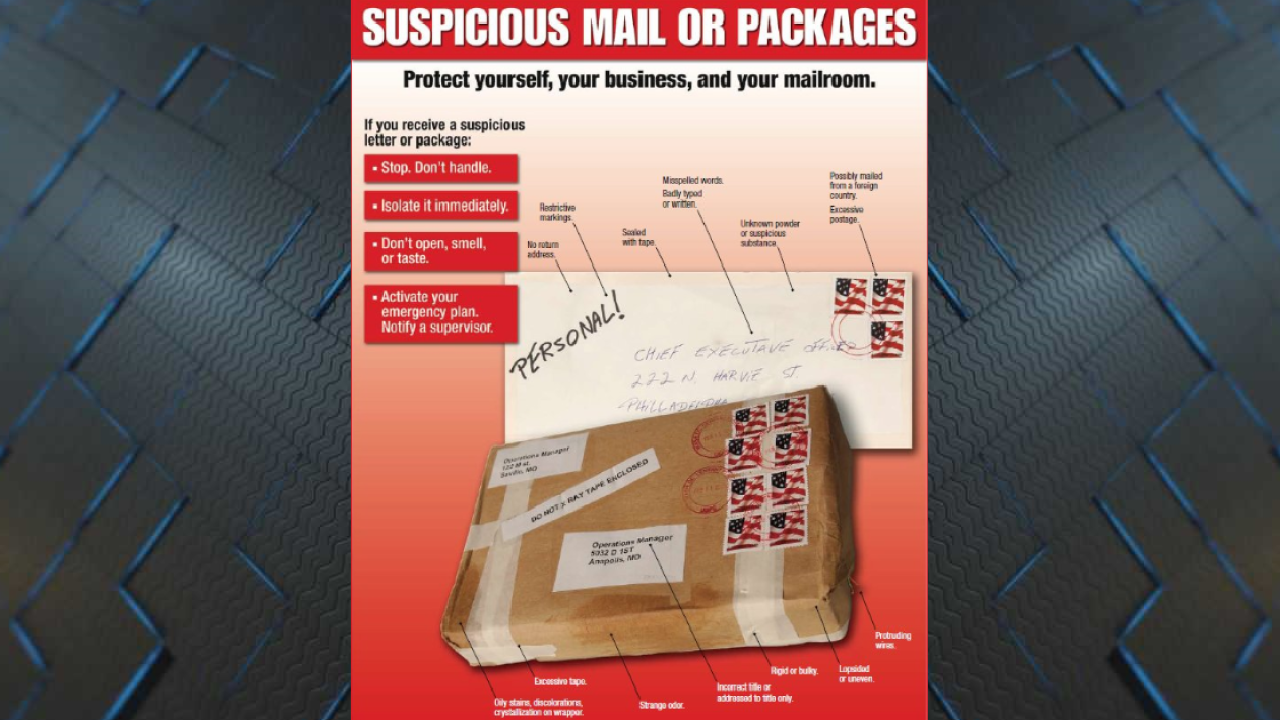 (WTXL) - The FBI is advising people to take steps to protect themselves from suspicious mail or packages.

Federal officials are offering the tips after suspicious packages were being mailed to a number of prominent people, including to Hillary Clinton and Barack Obama.

Upon receiving a suspicious package, activate your emergency plan, and notify a supervisor, the FBI says.

If you came in contact with the package, wash your hands with soap and water. The package may contain a bomb (explosive) or radiological, biological or chemical threat.