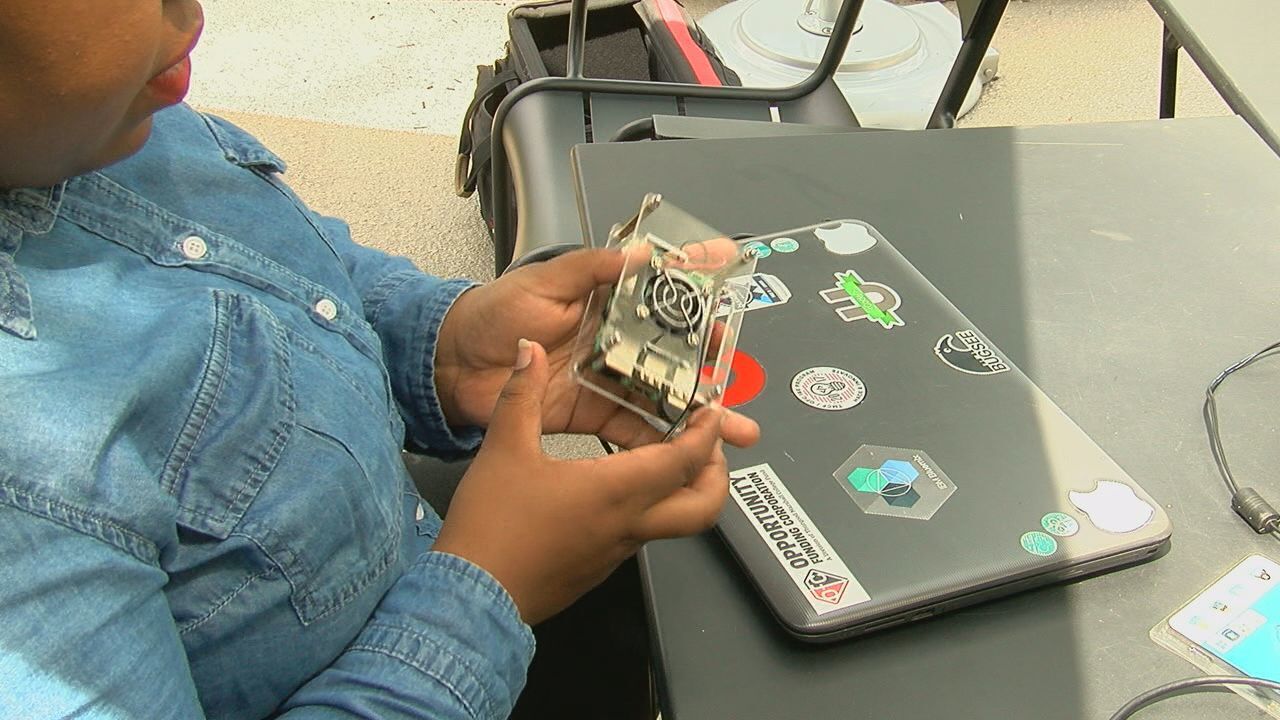 TALLAHASSEE, Fla (WTXL) - One rising junior at Florida A&M University is working on programs that, she hopes, will change the game for fraud detection and home security.

Not only is Tishauna Wilson a tech genius, she also won an award for her innovative efforts.

We've all done it, tried to teach someone how to use a piece of technology. That's something that isn't an issue for 20 year old, Tishauna Wilson.

"I make sure all of my projects has a mission behind it before I even touch them. If it doesn't have a mission, it's not going to work. And that's my main focus," said Tishauna Wilson.

In July, Wilson landed a $10,000 scholarship sponsored by the McDonald's 365 Black Award for her innovative projects. One she's currently focusing on is detecting fraud through phone conversations.

Even though the code may look like gibberish to some, it's not. It's an algorithm, Wilson wrote that picks up on someone giving false information.

Tishauna has been working on this home security camera for three months. What makes it unique is that it's able to detect voices. You can teach it learn yours, as well as your family and friends.

And if the device doesn't recognize someone's voice, it starts recording audio and video.

"Even at my school I see more men than women in computer science. It makes me want to do more different research projects, open more doors with these research projects, or just any regular project that can bring more women and more diversity into the tech field," said Wilson.

As if that's not ambitious enough, she also wants to be the 'black female Mark Zuckerberg'. She says they share the same goal, bringing people together through her projects.

After graduating from FAMU, Wilson plans to get her Ph.D in Computer Science and, one day, run her own tech company.