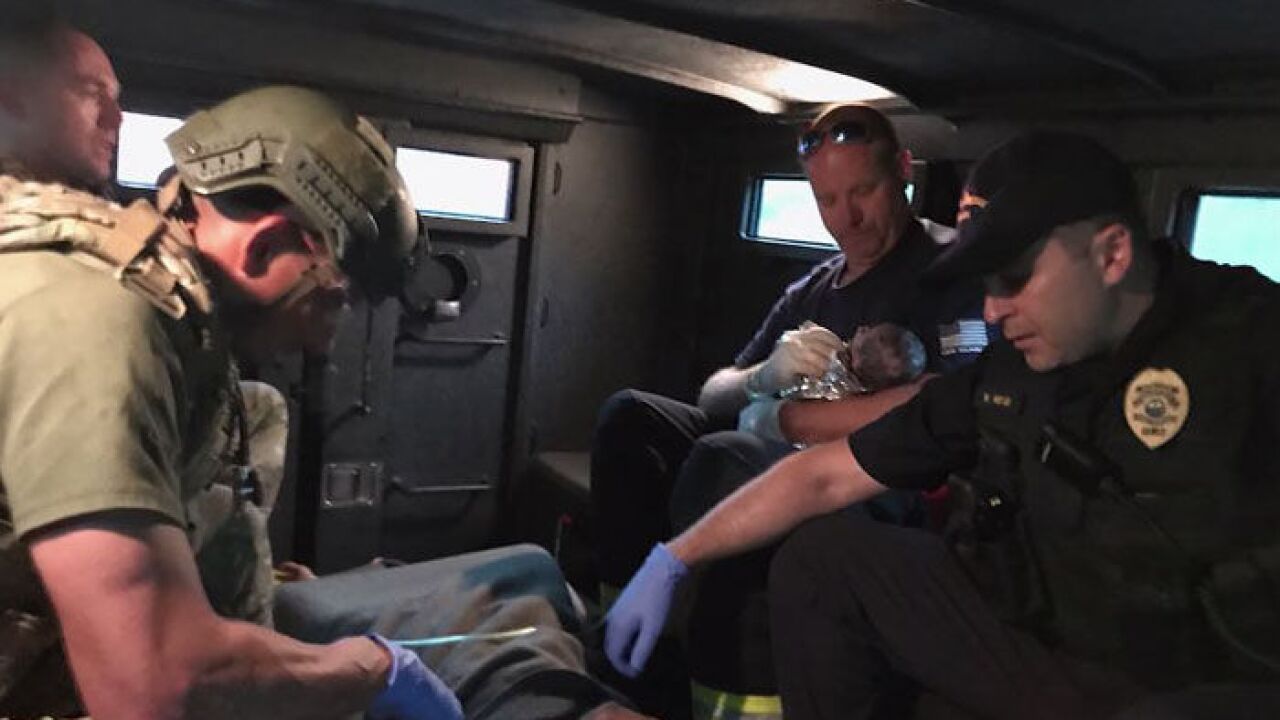 O'Rourke, Kali
Emergency crews came to the rescue when women in Florida went into labor in the midst of Hurricane Irma. (Source: Coral Springs Police and Fire Dept./Twitter/CNN)

(CNN/RNN) – In the midst of all the misery from Hurricane Irma, multiple women in Florida gave birth to safe and healthy babies, thanks to emergency crews.

A family in Coral Springs, FL, called 911 when the soon-to-be mother went into labor during Hurricane Irma.

“Basically, baby was coming when I picked up,” emergency dispatcher Lou Falco said.

Police and fire crews took an armored vehicle through the city. Sgt. Scott Myers of the Coral Springs Police Department says it was difficult to reach the house due to storm damage.

“When we got there, she was pretty much all the way out… and the mother of the person in labor was actually pretty much delivering the baby – her own granddaughter – in the bathroom on the floor,” said Assistant Chief John Whalen with the Coral Springs Fire Department.

Whalen says the family was calm and smiling when he and fireman Chris Hurst arrived. The emergency workers ended up cutting the baby’s umbilical cord before transporting the baby and mother to the hospital.

“A lot of times when people call 911, it’s not for something happy, and today – I always say 911 dispatchers save lives – today was very pleasurable to help start a life,” Hurst said.

The mother and baby are doing “great,” Whalen says, and the firemen were invited back to meet the baby, named April.

“We were trying to do everything professionally, but I wanted to take pictures to share this moment because it’s not very often that we get to experience something like this,” Myers said.

In Miami, emergency workers couldn’t reach a woman in Little Haiti who went into labor as Hurricane Irma pummeled the Florida coast.

Instead, doctors coached the woman over the phone, according to a tweet from the City of Miami.

The woman gave birth to a baby girl at home early Sunday. She also delivered the placenta, and dispatch told her how to tie it off, Assistant Fire Chief Eloy Garcia told the Miami Herald.

Miami Fire crew eventually arrived to bring the mother and baby to a nearby hospital.