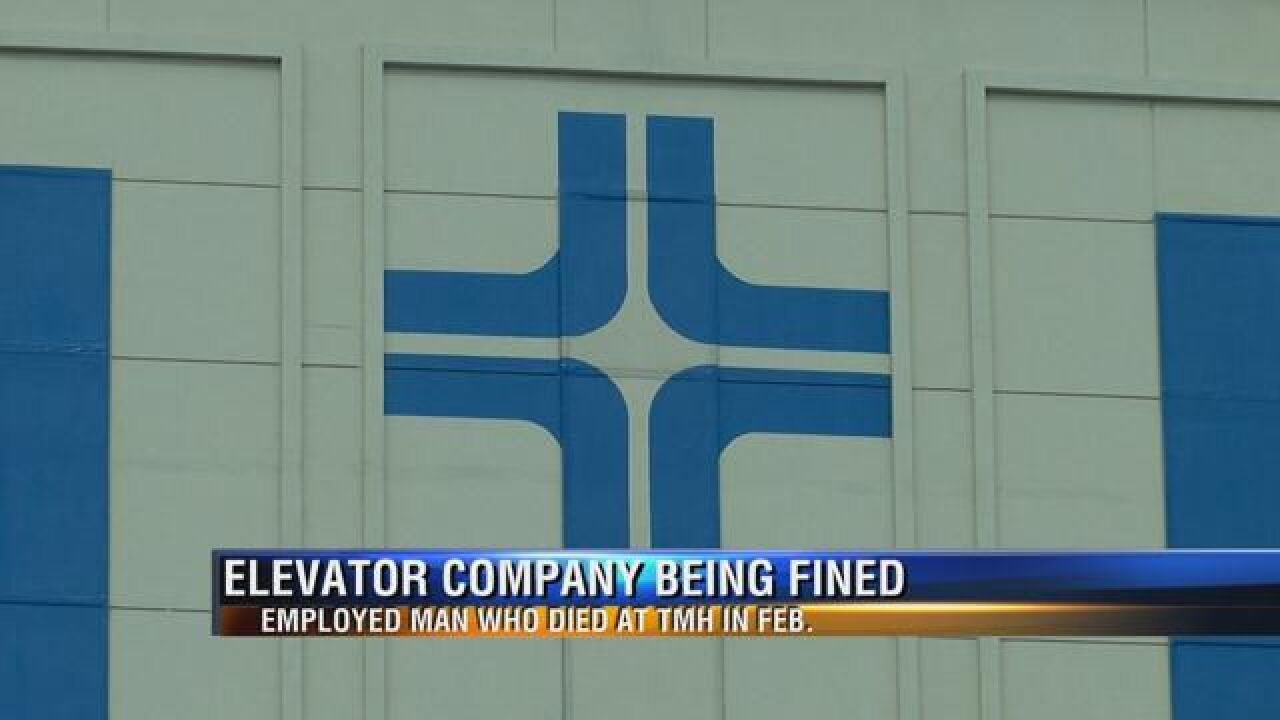 TALLAHASSEE, Fla. (WTXL) - An elevator company is being fined nearly $40,000 after a man died while working on an elevator at Tallahassee Memorial Hospital.

According to reports filed by the U.S. Department of Labor, the Occupational Safety and Health Administration (OSHA) issued a citation to the OTIS Elevator Company.

This comes after 60-year-old Robert Myers, an elevator technician, was accidentally killed in February when he was called to fix a broken elevator.

According to the reports, OTIS has contested the citations and they must now be before the independent OSHA Review Commission.

OTIS released this statement regarding the citations:

Our deepest sympathies remain with the family of Bob Myers, a valued and respected Otis employee. There is nothing more important to us than the safety of our employees and the people who rely on our products and services every day. Otis will be contesting the citations. Otis’ safety policies, practices and training are designed to comply with OSHA standards and Otis believes this will be borne out during the review process.