Volunteers, activists volunteer to Get Out the Vote in Tallahassee and Quincy 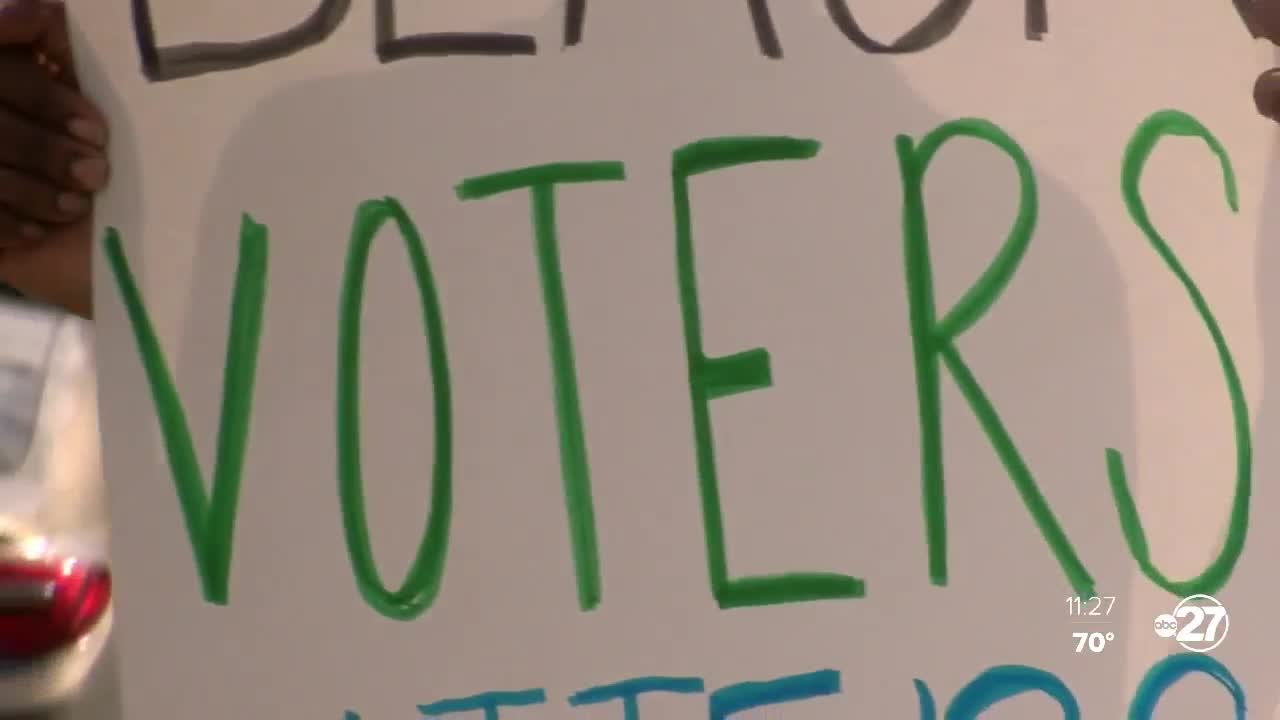 Free the Vote March in Tally and Quincy

TALLAHASSEE, Fla. (WTXL) — Across Tallahassee, efforts to Get Out the Vote are ramping up, especially on Tallahassee's Southside.

In celebration of National Early Voter Day and Black Voter Day, hundreds showed out to cast their ballots.

"I wouldn't want to spend my Saturday doing anything else in the world because this is such a critical election," said Asia Alexander, the NAACP Youth President.

Volunteers are going door to door with the message to get out and vote.

Adner Marcelin, the president of the Tallahassee branch of the NAACP, said it was the perfect way to celebrate National Black Voter Day on Saturday.

"In our historically Black neighborhoods with low voter turnout, we're trying to remind everyone of the importance of this election, particularly on the local and national scale," said Marcelin.

For Asia Alexander, inspiring people to vote is the next best thing to doing it herself since she's not quite old enough.

"I'm disappointed that I can't vote, but I feel like this such a critical election, and we have to get everybody out to the polls," Alexander said.

Down the road, students at Florida A&M united to make sure students head to the polls.

In the Tuskegee neighborhood, the Florida Rights Restoration Coalition made the right to vote a celebration.

"Without having that right, it feels like you're not a part of society," said Kevin Hall, who FRRC helped get his voting rights back. "With that right restored, you feel ingratiated into society."

Tessa Moore is the FRRC office manager in Leon County.

"A lot of these people will be voting for the first time ever," Moore said.

She says the biggest challenge is helping people understand each vote truly does count.

"They think that their vote doesn't matter and it does, it really really does," said Moore.

That's why the organization says marches, canvassing, and other voting events are so important right now.

Get Out the Vote efforts are popping up until election day on November 3.

Next weekend, Bethel Baptist Church is hosting Souls to the Polls and is expected to bring out big crowds on the last day of early voting.