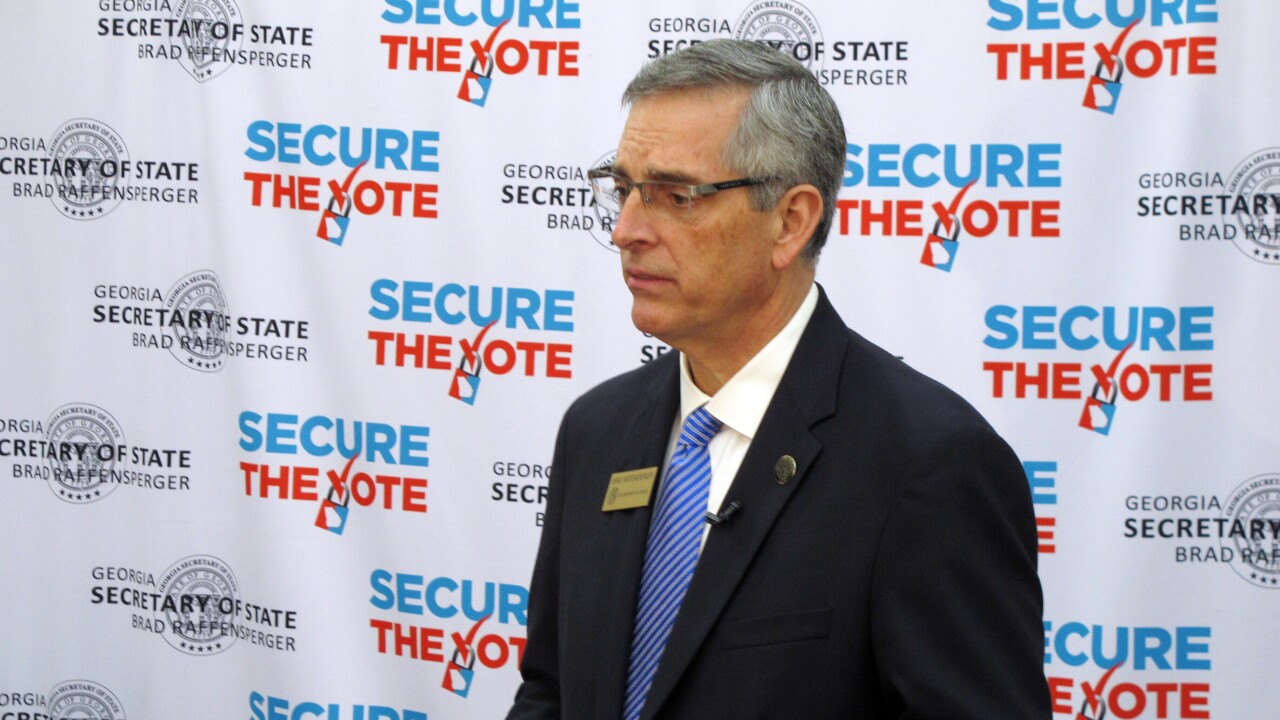 Russ Bynum/AP
Georgia Secretary of State Brad Raffensperger speaks with a reporter at a conference of local election officials in Savannah, Ga., Wednesday, Dec. 11, 2019. Raffensperger told about 700 local officials who are preparing to rollout new voting machines statewide to expect more than 1 million additional voters at the polls in 2020 compared to the last presidential election in 2016. (AP Photo/Russ Bynum)

Some Republicans are renewing their attacks on President-elect Joe Biden’s lead over President Donald Trump in Georgia, with Sens. David Perdue and Kelly Loeffler taking the extraordinary step of calling for the resignation of the Republican secretary of state.

Republicans laid out a strategy to investigate but still presented no evidence of large-scale voter fraud in the balloting, saying Monday that they were still looking into ways to overturn Biden’s lead of more than 10,000 votes in Georgia.

Georgia is one front in a nationwide scramble by Trump forces to question his national defeat. The Associated Press has not yet called the race for Georgia’s 16 electoral votes.

Secretary of State Brad Raffensperger’s office is defending the conduct of the elections, saying that while there may be scattered illegal votes, officials are very confident in the overall outcome.

Loeffler and Perdue, who face a pair of Jan. 5 runoffs against Democrats that will determine control of the Senate, blamed Raffensperger for “mismanagement and lack of transparency.”