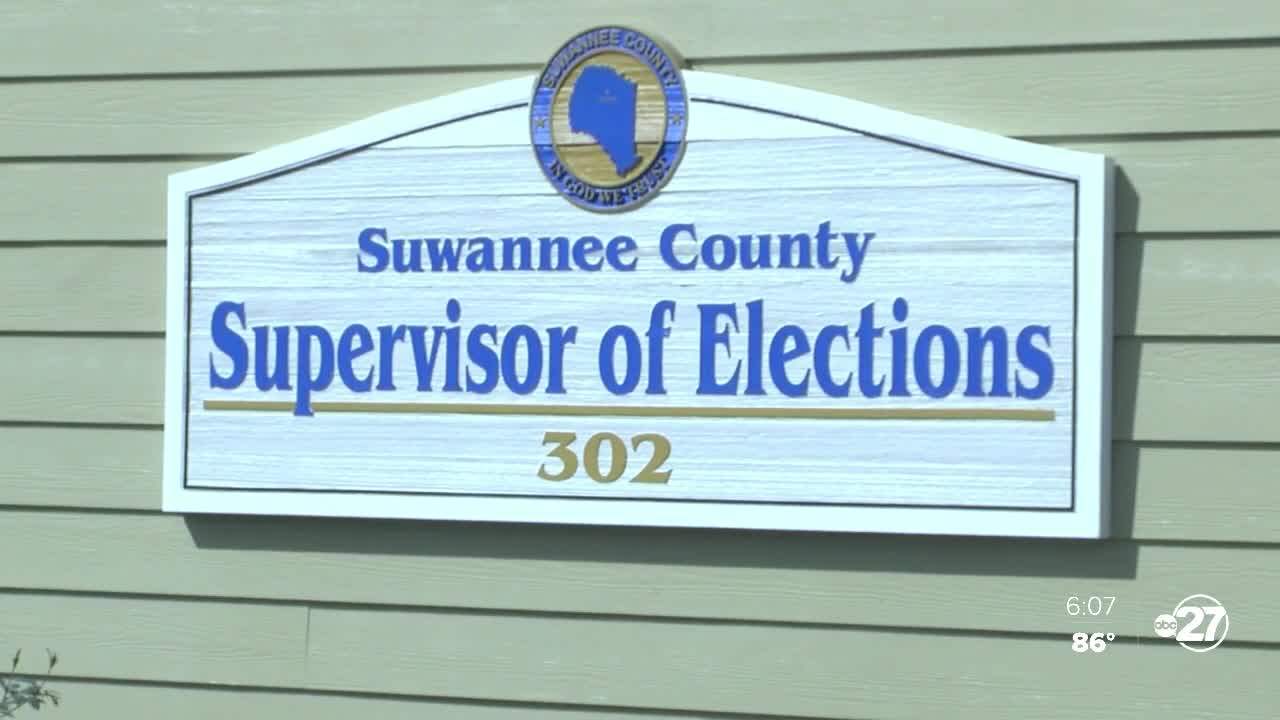 As many counties across Florida started early voting Monday some smaller counties in the Big Bend area are waiting until this weekend.

SUWANNEE COUNTY, Fla. (WTXL) — As many counties across Florida started early voting Monday some smaller counties in the Big Bend area are waiting until this weekend.

The law states early voting can start fourteen days out and must start eight days out.

Williams says she chose to wait because she runs three early voting precincts and doesn't have the budget to keep them all open for more than nine days of early voting.

"Someone comes in the office, they're going to be out of town and or they need to go ahead and vote, they can do an in office absentee vote," said Williams. "So we've not kept anyone but this is what works best for us."

Williams says the county has had 7,400 mail-in ballots requested and more than 4,000 already received, numbers they've never seen before.

She says she's also received more calls about people worrying about mailing their ballot and choosing to vote in person instead.

"We do expect a heavy turn out but that's all part of it," Williams said. "We want people to vote."