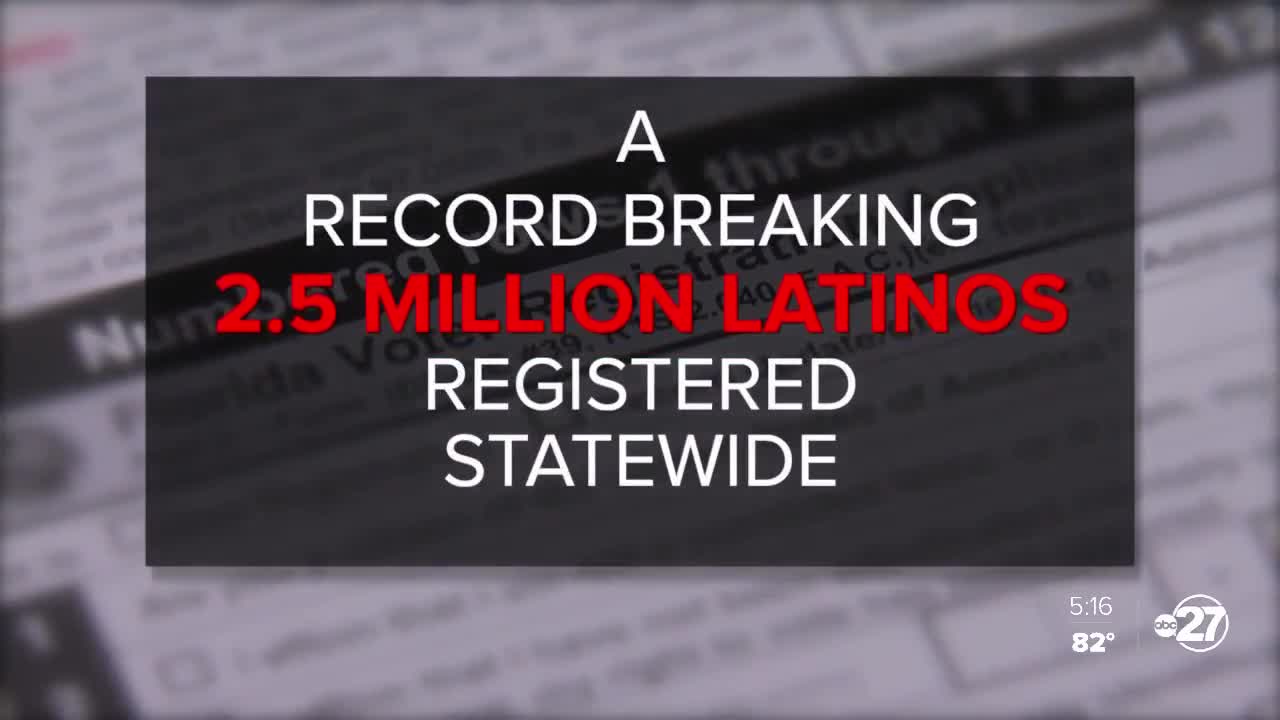 Florida is seeing a record number of Latino voters this year. They make up 17% of the voter rolls -- a potential linchpin to secure the state and White House.

Both Vice President Joe Biden and President Donald Trump are now locked in a battle to nab as much support from the demographic as possible, making Latino concerns their concerns ahead of Election Day. Immigration policy is topping the list.

Miami real estate agent Araceli Villanueva has some first-hand experience with the nation's immigration system. Arriving in the U.S. 27 years ago, she became a successful realtor and eventual citizen in 2016.

"I really didn't have any great opportunities in Mexico to do what I wanted to do," Villanueva said. "I have always been very ambitious in a good way, and I came ready to be successful, and I did."

With America her home, she now wants to make sure it's ready for the next generation -- her son. She said the border is a big concern.

In South Florida, a political war is raging to try and nab presidential support from as many Latinos, like Villanueva, as possible. Immigration is taking center stage in the messaging there.

Trump is promising to continue building the border wall. He's still pushing zero tolerance for illegal crossing and is fighting in court to end so-called "Dreamer" protections established by the Obama administration.

Biden, meanwhile, is offering a more relaxed immigration policy. Like Obama, he wants to create citizenship paths for undocumented immigrants. He plans to reduce penalties for illegal crossing and make it easier for those seeking asylum to come to America.

The stakes have been high for the vice president, especially. While his Latino support nationally is outpacing Trump, Biden is underperforming compared to 2016, according to UCLA Nationscape.

Latinos we spoke with attribute it to Trump's rhetoric, labeling his opponent as a return to socialism -- likening Biden to Cuban and Venezuelan leaders.

"They believe it wholeheartedly," said Nancy, a Cuban-American living in the Miami area.

A Biden supporter, she said she's the minority in her family.

"They've swallowed the hook, the fish and the whole rod," she said.

Fighting back, Biden supporters are branding the president a racist. They remind voters of Trump's policy separating families at the border and some of his more inflammatory remarks about southern immigrants.

"They're rapists -- and some, I assume, are good people," Trump said of Mexican immigrants during a news conference ahead of the 2016 election.

Recent data from Pew Research shows Biden is reclaiming some of his Latino losses in these final weeks. But, Villanueva isn't included.

A die-hard Trump supporter, she said a tougher border is key to keeping her son and her country safe.