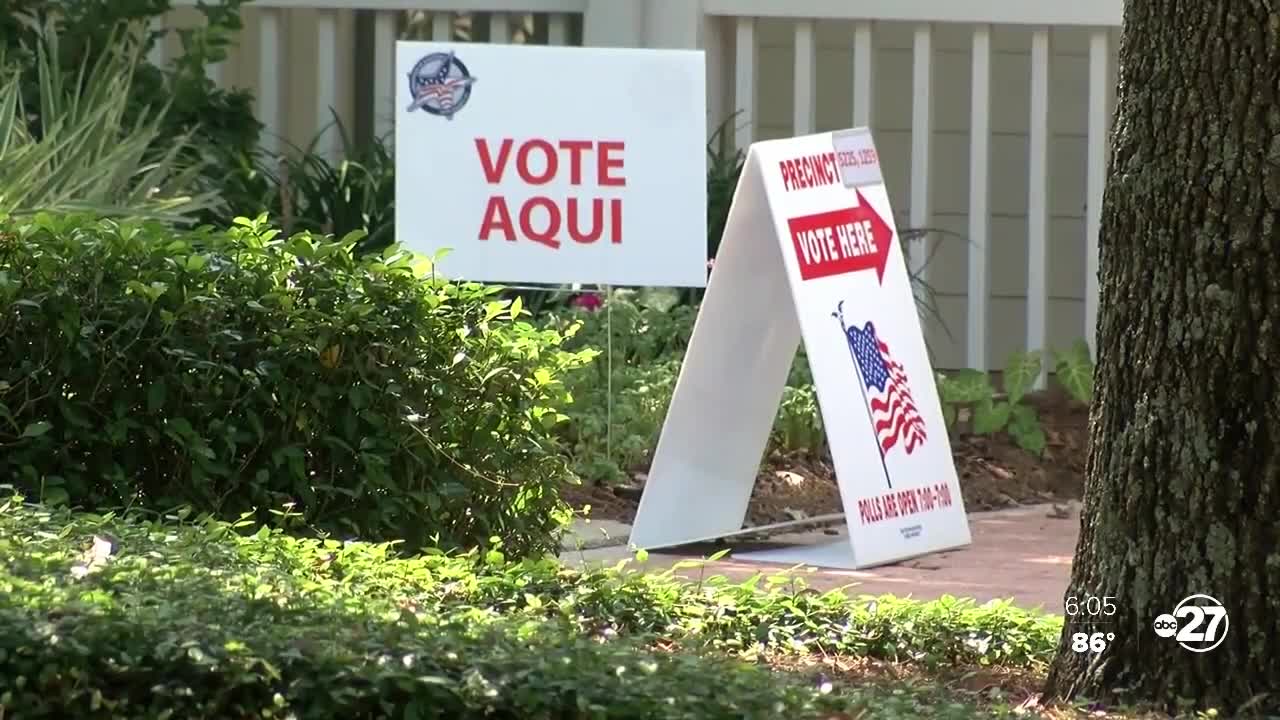 The U.S. postal service has transported over 100 million ballots since September 4, and in Leon County, more than 62,000 votes have been cast.

TALLAHASSEE, Fla. (WTXL) — The U.S. postal service has transported over 100 million ballots since September 4, and in Leon County, more than 62,000 votes have been cast.

Security is on stand by at polling sites, ready to uphold Florida law against voter intimidation.

One woman says she wants others not to be afraid to reach out if it happens to them.

"At first, like anything that happens to you, you just want it to be over with," said Dana Brooks.

Only after the encounter that Dana Brooks and her law partner Jimmy Fasig realized they had become a part of voter intimidation.

While waiting to vote, a man approached them, initially engaging in friendly conversation.

"Next thing you know, he stopped, looked us dead in the eye, and said, 'if Biden is elected, there will be bloodshed,'" Brooks said.

"It could just be groups of people at the entrance of a polling site causing a commotion," said Earley. "Just yesterday, there was that announcement about the Iranian spoofing of emails. That was certainly an intimidation method."

Under Florida law, you can't try to influence someone's vote or even their desire to.

You also can't campaign within 150 feet of a polling location.

Earley says there are multiple security measures his office takes to ensure a safe vote." Earley said. "So, there's no problems with the background there."

The federal government also has an Elections Officer in charge of any form of voter fraud, intimidation, or suppression.

On election day, FBI special agents will be in each field office.

Now Brooks says she wants others to realize how serious something like voter intimidation can be.

"After we voted, we just said something needs to be done about this," said Brooks. "What if we weren't two lawyers used to confrontation all the time? What if we're somebody who would be disturbed by that? "

If you suspect someone of voter intimidation, you can tell a poll worker, call the supervisor of elections office, or alert any law enforcement nearby.