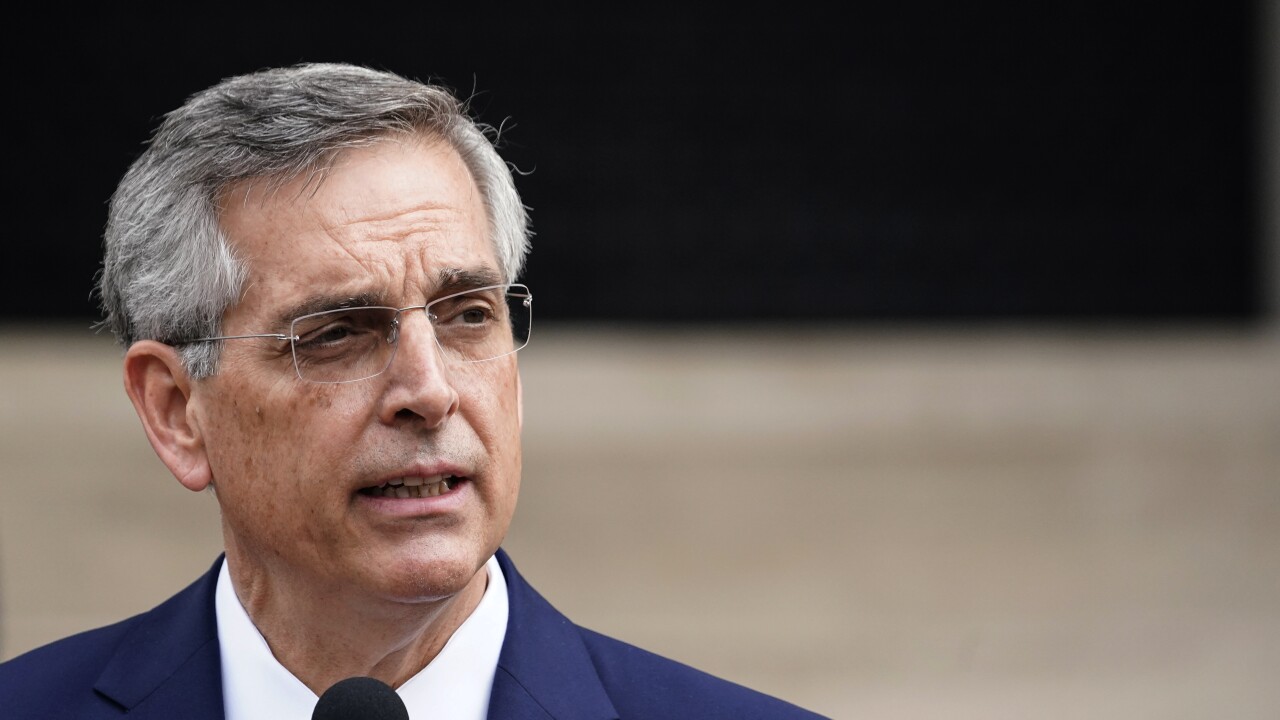 Brynn Anderson/AP
FILE - In this Wednesday, Nov. 11, 2020, file photo, Georgia Secretary of State Brad Raffensperger speaks during a news conference in Atlanta. Raffensperger is under attack from President Donald Trump and other fellow Republicans in the aftermath of the heated election season. (AP Photo/Brynn Anderson, File)

ATLANTA (AP) — Georgia’s secretary of state said that U.S. Sen. Lindsey Graham asked him whether he had the power to reject certain absentee ballots.

Secretary of State Brad Raffensperger told The Washington Post he interpreted the question as a suggestion that he toss out legally cast ballots.

Graham on Monday said that was “ridiculous.”

He said he was trying to find out how signature verification for absentee ballots works in Georgia.

Raffensperger has been criticized by President Donald Trump and other fellow Republicans over his handling of the election and said he’s received death threats.

He has rigorously defended the integrity of Georgia’s election results.