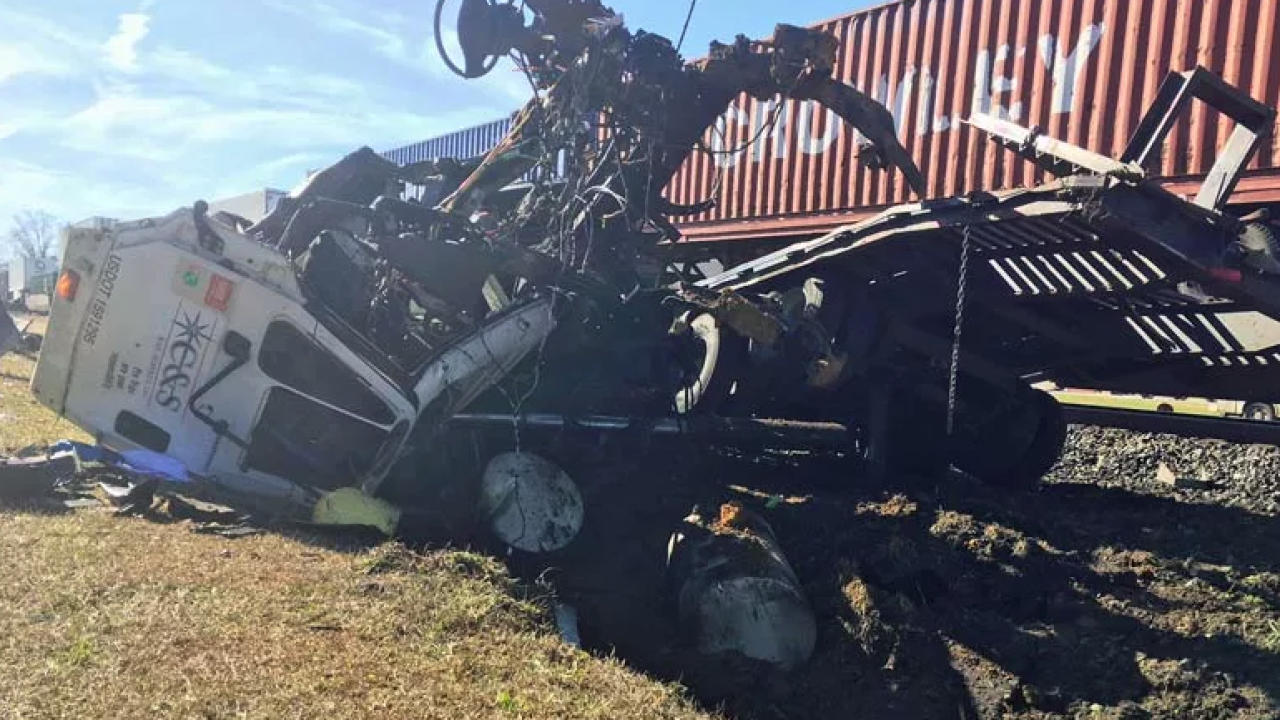 HAHIRA, GA (WTXL) - One person was killed Monday morning in Hahira, when a train struck a truck that was on the tracks.

Troopers say that at 8:35 a.m. on Monday, a Norfolk Southern Train was traveling south in the City of Hahira and a C&S Rail Construction dump truck was traveling west on West Lawson Street when the dump truck failed to yield to the train.

That's when the front of the train crashed into the passenger’s side of the dump truck, ejecting the driver.

The driver, who has been identified as 48-year-old Dexter Brown of Barnwell, South Carolina, was pronounced dead at the scene. The name of the C&S employee is not being released at this time due to notification of family.

No alcohol are drugs are suspected in the crash. An investigation into the crash is ongoing.