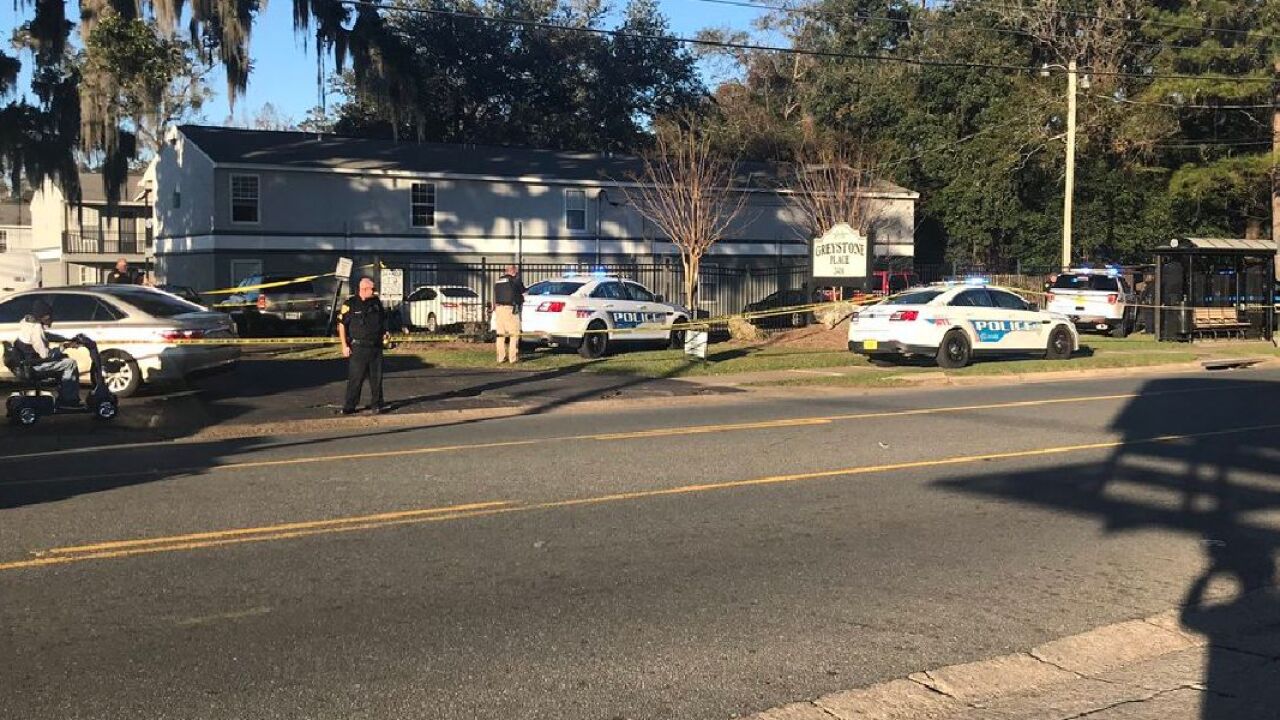 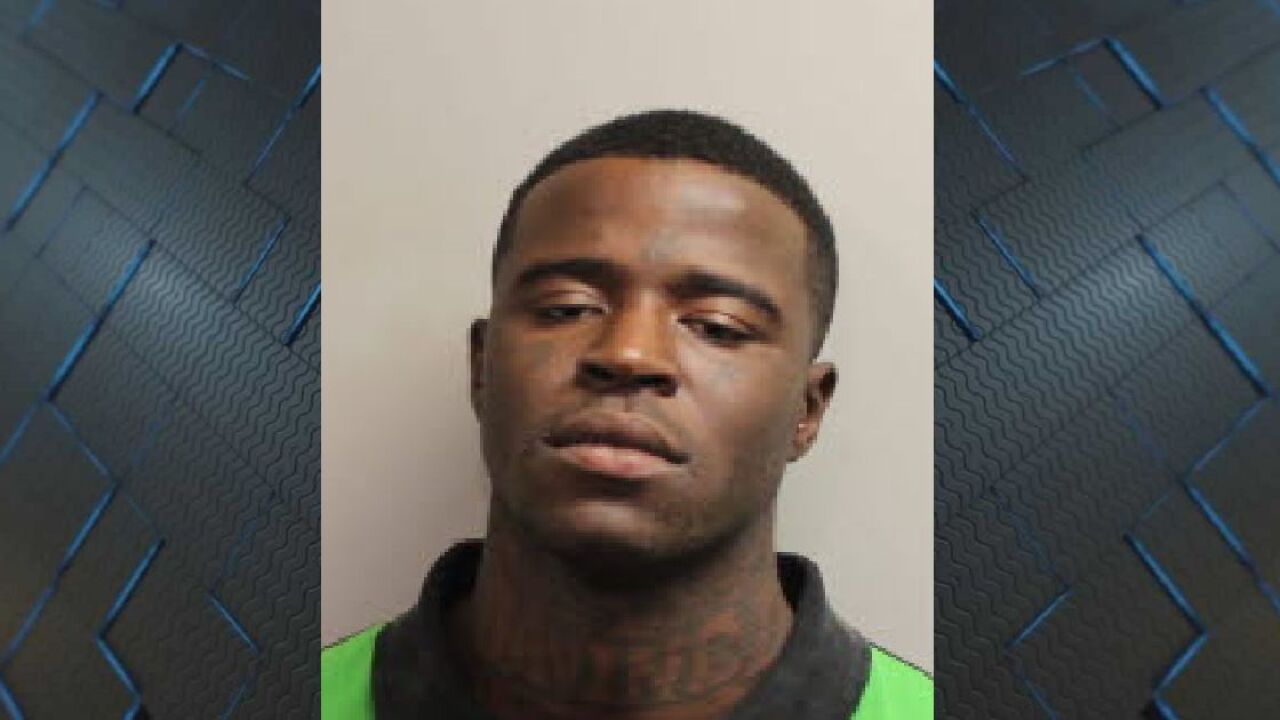 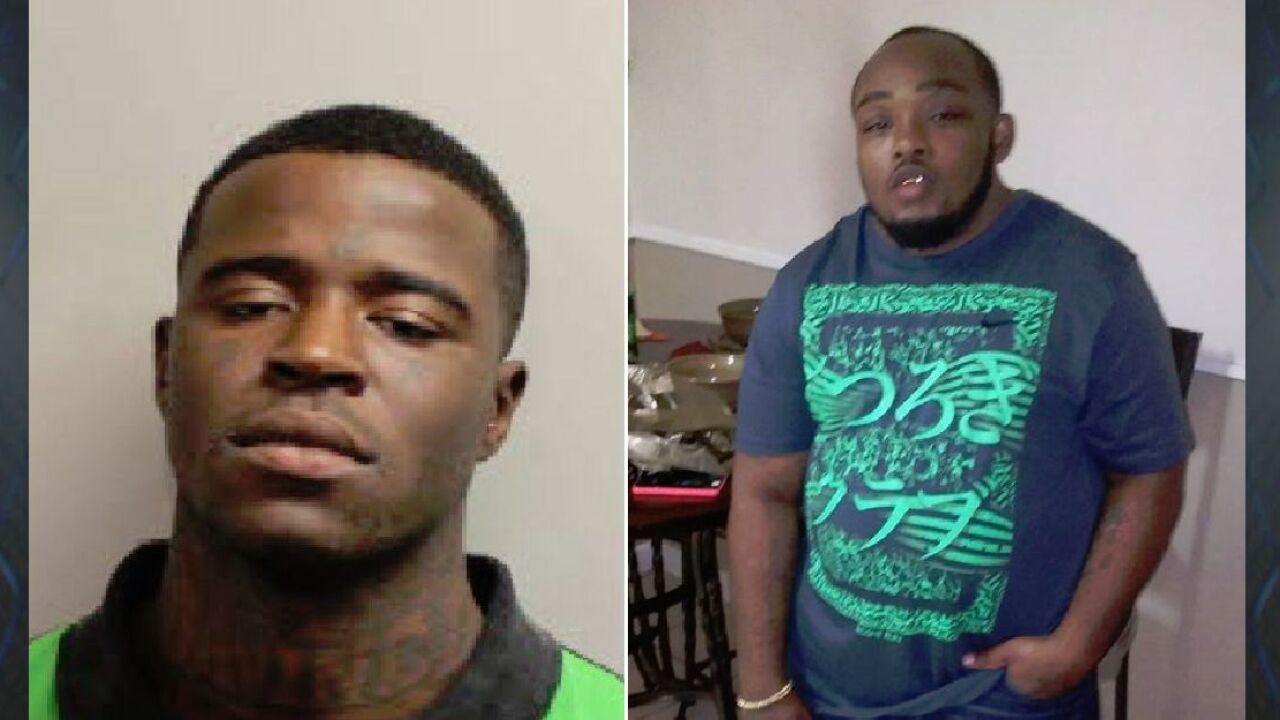 TALLAHASSEE, Fla. (WTXL) - Documents reveal that the murder of a man on Jackson Bluff Road was connected to a drug deal that turned violent.

Darius Phillips, 26, has been charged in the murder of 26-year-old Anthony Bell.

According to a probable cause document, the Tallahassee Police Department responded to a shooting at Greystone Place Apartments on Jackson Bluff Road on Sunday.

When they arrived, they saw a Chevrolet Malibu against a metal fence.  Documents say Anthony Bell, Jr. was found dead inside the driver's seat of the car. Investigators noted that the car was still in drive and that the front driver and passenger doors were open.

Officers also discovered marijuana in the back seat during a search of the vehicle.

A victim, whose gender is redacted from the report, told investigators that Bell regularly sells drugs and that is the only "job" the witness ever knew Bell to have. The victim also noted that Bell used white plastic bags to transport drugs inside his car.

That day, the victim told police they were riding with Bell who was going to sell drugs to Darius Phillips. The victim said Phillips initially wanted to meet at the Wendy's on West Pensacola Street but changed the meeting location to Greystone Place Apartments.

When they arrived at the complex, a silver Hyundai Sonata was already parked in the parking lot. When Phillips walked up to Bell's car, Bell told him that he couldn't sit in the back seat because there was no room.

That's when Phillips walked around to the open driver side door and shot Bell before turning the gun on the victim, according to court documents.

The injured victim then got out of the car and ran across the street, calling 911 as Phillips ran back to the silver car and fled the scene.

According to court documents, surveillance video captured Philips firing two gunshots as Bell's car begins rolling forward. Philips was then seen running back to the silver car before it fled westbound on Jackson Bluff Road.

Investigators say Bell suffered a single gunshot wound to his left temple. An autopsy later revealed that Bell had been fatally shot with a revolver.

Documents say a search of Bell's phone records revealed that Phillips called him from someone else's number.

According to probable cause documents, officers tracked the phone number and ended up finding the people who were riding with Phillips during the shooting.

They told officers that Phillips had asked to them to drive him to go buy marijuana. Philips directed them to the apartment complex where Bell was and later used one of the witnesses phones to call Bell.

Documents say that when they arrived, Philips walked up to Bell's car, began pulling on the side door handle, and then pointed a small, dark-colored revolver at the victims, shooting twice.

The witnesses said that Philips ran back into the silver car with a white plastic bag in hand and refused to talk with the witnesses about what happened. He told the witnesses to drive and they complied, driving to Shadow Ridge Apartments on West Tharpe Street.

According to the witnesses, Philips placed the suspect weapon inside the car's glove compartment while en-route to the apartment complex. Once back at the complex, Philips walked to his apartment building.

Documents say a final witness told police that Phillips went to his job at a local fast food restaurant that afternoon, less than an hour after the murder.

When investigators searched Philip's apartment, they found a pair of men's shoes and a backpack with blood stains in the closet of the apartment. Inside the bottom drawer of the stove, they found a revolver wrapped in a white towel.

TALLAHASSEE, Fla. (WTXL) - A man has been arrested for the fatal shooting on Jackson Bluff over the weekend.

The Tallahassee Police Department has arrested 26-year-old Darius Phillips for the murder of 26-year-old Anthony Bell.

At 3:25 p.m. on Sunday, officers responded to a shooting near the 2400 block of Jackson Bluff Road.

When officers arrived on scene, they found two victims suffering from gunshot wounds. One of the victims, Bell, died on scene due to his injuries, according to TPD. The other victim was hospitalized in stable condition.

TALLAHASSEE, Fla. (WTXL) - The Tallahassee Police Department has released the name of the victim in a deadly shooting Sunday on Jackson Bluff Road.

TPD identified the deceased person as Anthony Bell, 26. Another person was also injured in the shooting.

One dead, one injured after Tallahassee shooting, TPD investigating

TPD said at 3:25 p.m. Sunday, officers responded to a shooting near the 2400 block of Jackson Bluff Road.

When officers arrived on scene, they found two victims suffering from gunshot wounds. One of the victims died on scene due to their injuries, according to TPD.

This is currently an active investigation.