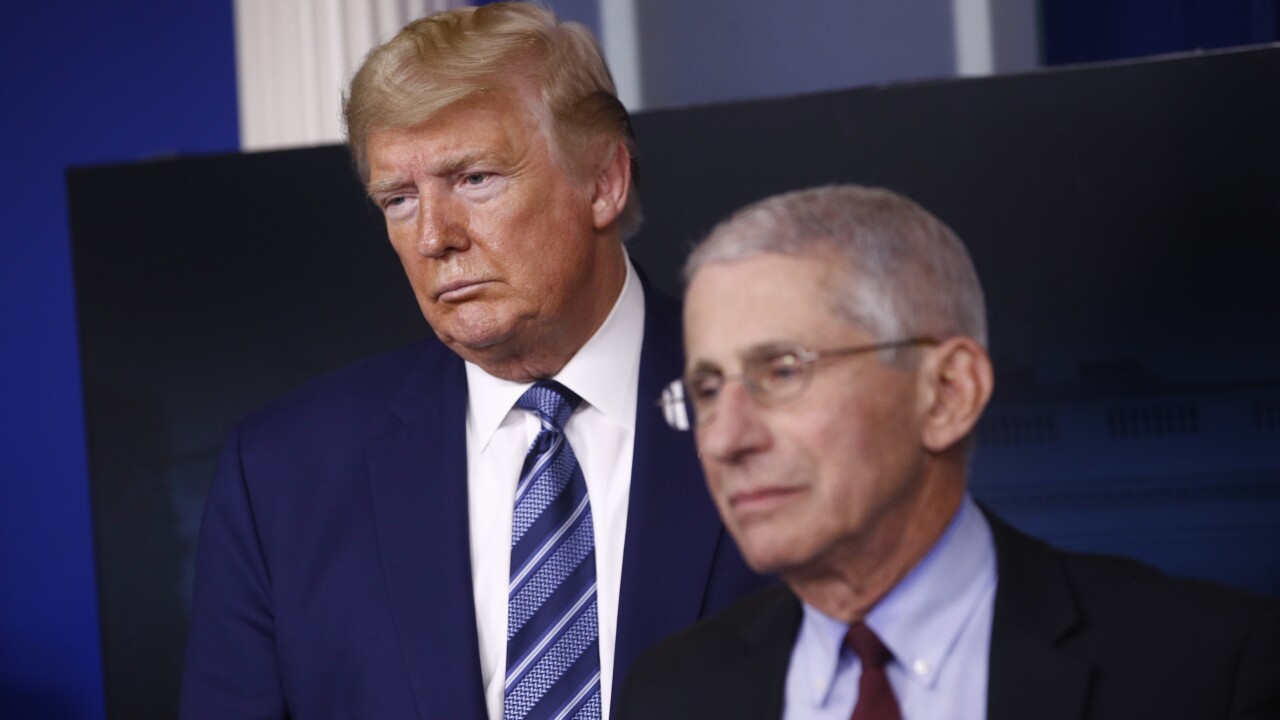 President Donald Trump took issue on Wednesday with Dr. Anthony Fauci’s testimony from the day before, stating he disagreed with the infectious disease expert’s opinion on reopening schools and businesses.

Trump said that Dr. Fauci was wanting “to play all sides of the equation” by suggesting that businesses and schools should be cautious about reopening amid the spread of COVID-19. Trump cited that the virus is generally less dangerous for children.

Dr. Fauci, director of the National Institute of Allergy and Infectious Diseases, on Tuesday told Senators that there are still many unknowns on the virus’ effect on children. Dr. Fauci cited recent cases of Kawasaki syndrome which has been affecting coronavirus-infected children in New York City.

“We'd better be very careful particularly when it comes to children,” Dr. Fauci said. “The more and more we learn we're seeing things about what this virus can do that we didn't see from the studies in China or in Europe. For example, right now children presenting with COVID-19 who have a very strange inflammatory syndrome similar to Kawasaki syndrome. I think we need to be careful we're not cavalier in thinking children are completely immune to the deleterious effects.”

Dr. Fauci said the US should proceed cautiously with reopening guidelines.

“My concern is states or cities or region speed their attempt, understandable, to get back to some form of normality, disregard to a greater degree the checkpoints that we put in our guidelines but when it is safe to proceed in pulling back on mitigation,” Dr. Fauci said. “I feel if that occurs there is a real risk you will trigger an outbreak and may not be able to control which, in fact, paradoxically will set you back not only leading to suffering and death but could even set you back on the road to trying to get economic recovery. Turn the clock back rather than going forward. That is my major concern.”

But that answer was unacceptable with Trump.

“I was surprised by his answer, actually, because, you know, it’s just -- to me, it’s not an acceptable answer, especially when it comes to schools,” Trump said.

The disagreement shows the battle between weighing health concerns versus economics. While more than 30 million Americans have filed for unemployment in the last two months, 84,000 have died from coronavirus-related illness – a number Dr. Fauci believes is actually higher with the thought that some deaths go unreported.

The shift from the Trump administration from following the guidance of health officials toward an effort to kickstart the economy has put the likes of Dr. Fauci, and fellow White House coronavirus task force member Dr. Deborah Birx, out of the spotlight. Neither doctor has participated in White House briefings in recent weeks.

Dr. Fauci was also blocked by the administration from testifying to the Democratic-led House of Representatives.

Trump dismissed criticism over states reopening too soon as political.

“Some governors and some, perhaps, partisans, maybe for election reasons, don’t want to have their states opened,” Trump said. “And then some shouldn’t open them quite yet. You know, they’re not ready. They went through a lot, and they’re not quite ready.”