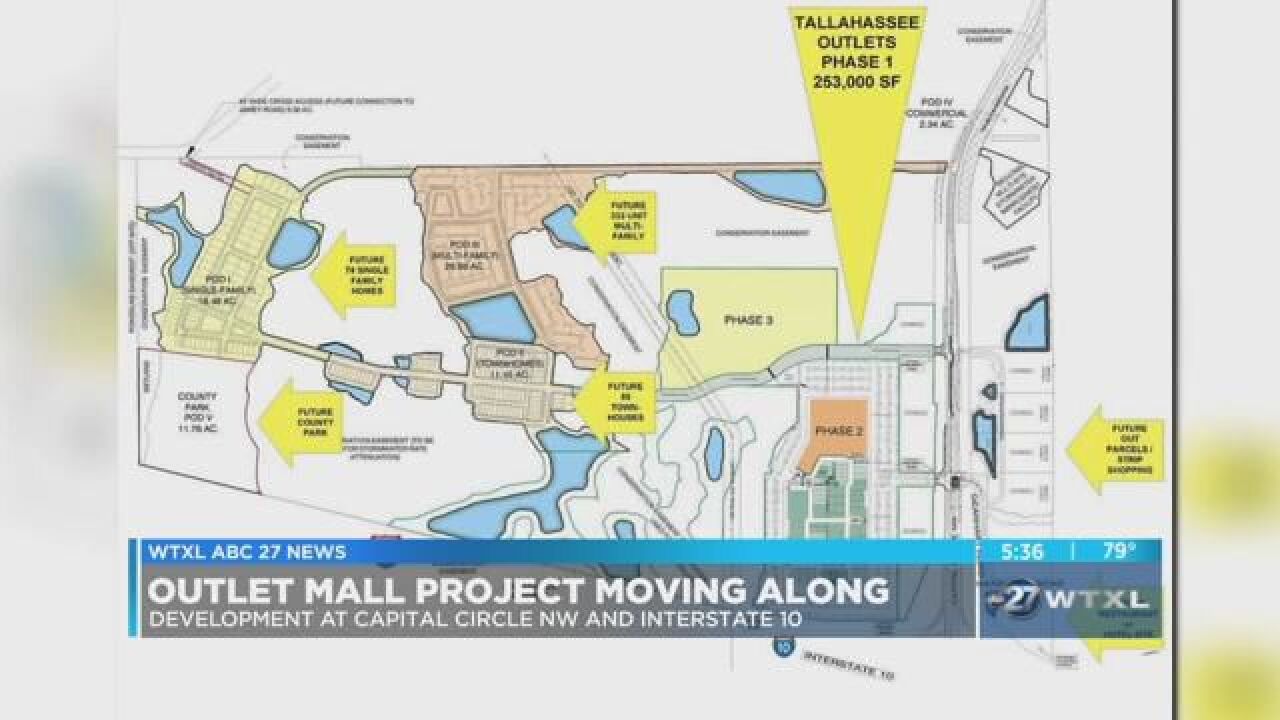 TALLAHASSEE, Fla. (WTXL) - If you love shopping, here's a project to watch.

Tallahassee hopes to have its first outlet mall ready before the end of next year.

The "Building Tallahassee" series takes a closer look at the major development right off Interstate 10.

The project includes different types of housing, restaurants and a hotel, in addition to the outlet stores.

This has been a project in the works for a long time, but the goal is to finally break ground next year.

The project takes up 300 acres along Capital Circle Northwest by Interstate 10 (Exit 196).

"Park Place" is at the end of the permitting stage. For the last eight to nine months, developers have met on site with vendors from across the country to figure out which companies will be part of the Tallahassee Outlet Center.

Gary Yordon, who handles the project's marketing, said Park Place will be "stunning" and provide a first-class outlet mall along the interstate, attracting visitors from Pensacola across the Panhandle to Jacksonville.

"The dynamics of a project like this for folks who live in this community is pretty exciting," Yordon said. "There's going to be great prices at an interesting new outlet mall, and I think folks are going to like in this community and the surrounding communities as more of a hometown project."

In addition to the outlets, the project will include nearly 700 residential units and a county park. Right now, developers are re-configuring the property to their design.

Yordon said more than 30 vendors have submitted "letters of intent," including big-name companies and stores he wouldn't disclose. Developers are also considering a movie theater.

The goal is to start construction on the site by the start of 2019 and to have the outlets running by the end of 2019.