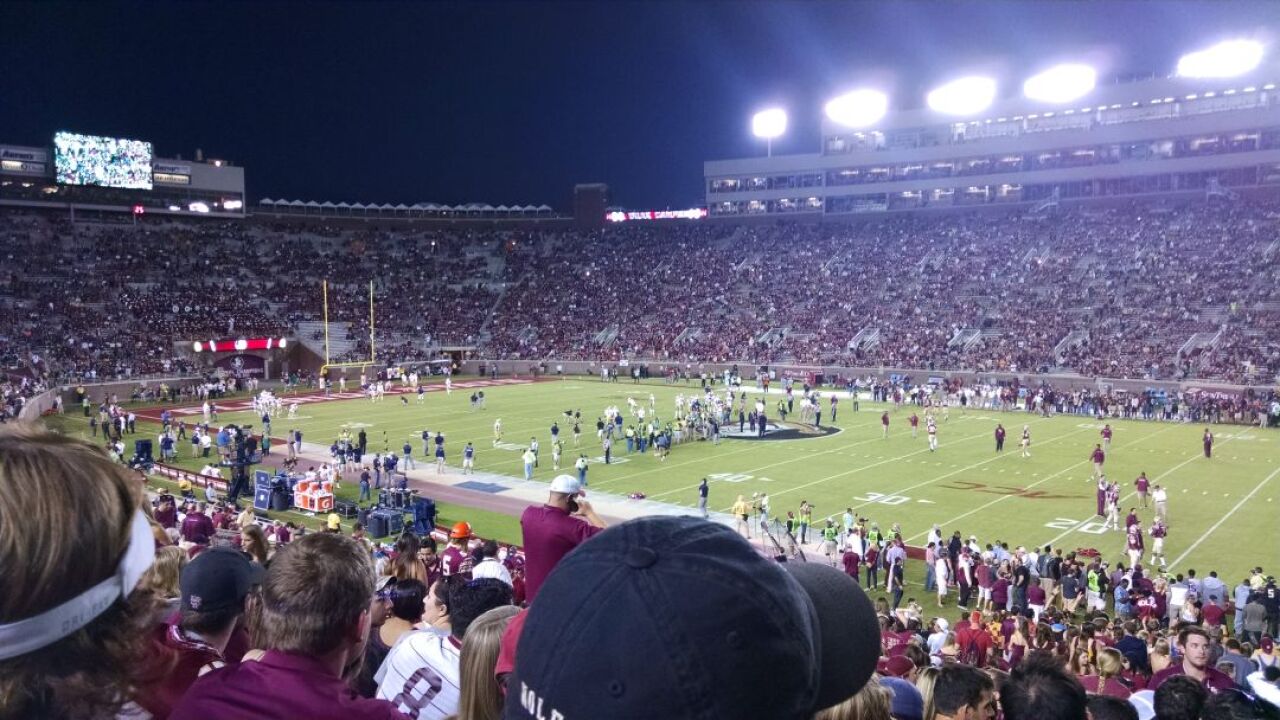 TALLAHASSEE, FL (#WTXLDigital) - Watching a game on TV is not the same as being in the stands. That was definitely the case inside Doak Campbell Stadium as Florida State University took on the University of Norte Dame.

When watching a game on TV, fans get emotional, angry, and passionate about their team. Saturday night's game like felt that, only with about 83,000 others.

Emotions ran high as the Fighting Irish took the lead for the first half. However, it was the last few moments of the game that caused the loudest screaming and cheering that Doak had all night. It even brought some to tears.

Being inside Doak Campbell Stadium Saturday night was a good reminder that FSU Football, regardless of what happens off the field, brings people together.

The game had people hugging strangers and cheering in unison. The student section started off in a chant of "I believe that we will win," which was used for the U.S. Men's Soccer team in the 2014 World Cup.

It wasn't all about football though. The Fighting Irish brought their band for halftime. Norte Dame's band involved an astronaut landing on the moon and smoke. However, the FSU Marching Chiefs brought their A game by covering some of Beyonce's biggest hits.

This included "Single Ladies," which resulted in each member of the Marching Chiefs dropping their instruments to do the signature dance to the song. The crowd was cheering for them as much as they were cheering on football. You can see their halftime performance here.

Click on the photos on the left side to see more of what it was like in the stands. This includes a fan reading a book. That's some dedication.