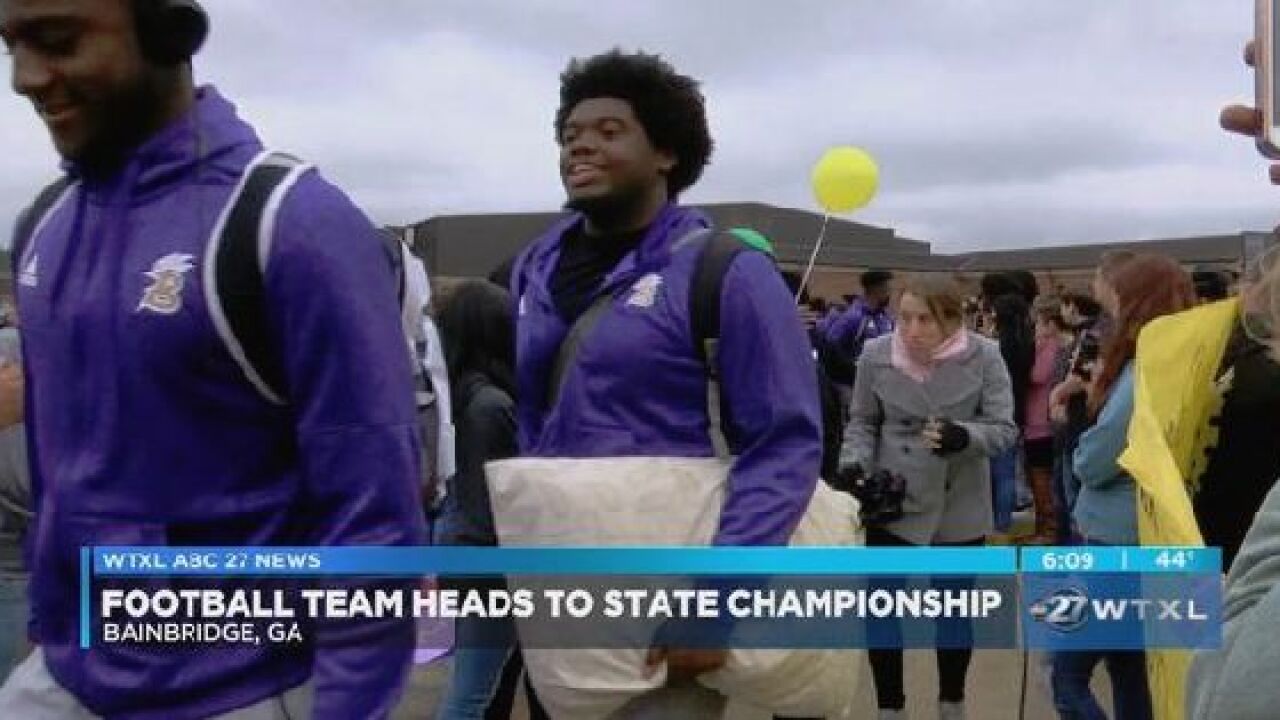 BAINBRIDGE, Ga. (WALB) - Many say the Bainbridge High School football team is holding the town together, following the following the devastation of Hurricane Michael in October.

Hundreds of students lined the sidewalk hours ago, cheering and crying as their Bearcats made their way to the bus to leave for Atlanta.

Thousands of Bainbridge residents are continuing to recover from Hurricane Michael, but many of them say this team is what's bringing them joy during this trying time.

Darley Brock is a senior cheerleader and has cheered on these boys every Friday for four seasons.

Like Brock, many families who are over coming the destruction of Hurricane Michael, say this final game is more than just a game.

"Knowing that there's a light at the end of the tunnel considering what we went through with Hurricane Michael, and then you get to go to the Benz to see this, it's going to be amazing," said Brock.

Watching the team not only turn a losing season into a winning season, but persevere despite the storm has captivated the community.

"Just to know my last game is going to be at the Benz is just so fun, and exciting, and win or lose it's really something I'll remember forever," said Brock.

Ricky's Steak and Buffet owner, Ricky Gibson noticed a change in the town's spirit when more people started coming to his restaurant after the games, raving about the team's success.

"Especially talking about the team's wins, and the championship game, they've been very happy," said Gibson.

The Bearcats haven't made it to the state championship game since 1982, which may be why there's been more than 2,000 tickets sold ahead of the Tuesday evening's game.

And in a town that's lost so much, this is exactly what the community needs.

"We're just proud to be a Bearcat," said Gibson.