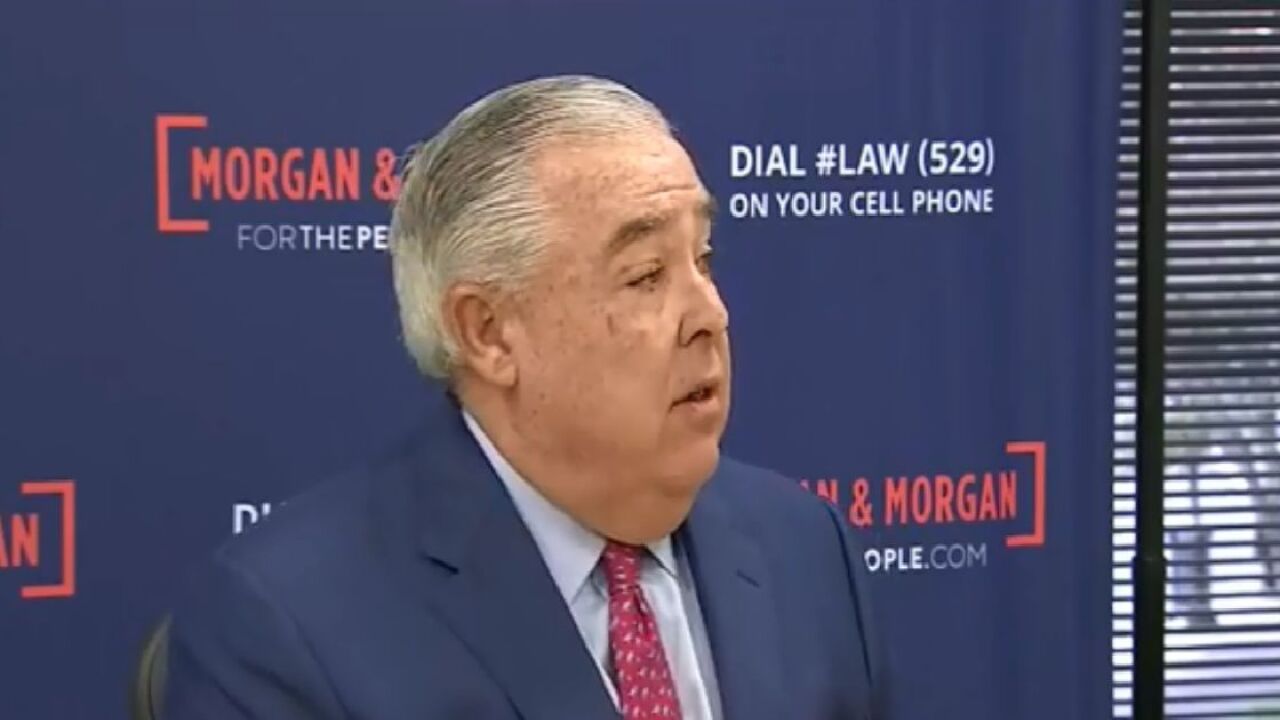 (WTXL) - Attorney John Morgan is calling for a ballot initiative that would let voters decide on whether raise Florida's minimum wage to $15 an hour.

Orlando attorney John Morgan, the founder of Morgan & Morgan, held a press conference Tuesday to announce a ballot initiative aimed at a constitutional amendment that would raise Florida's minimum wage to $15 an hour.

Morgan said that he collected more than 100,000 signatures on a petition for the raised minimum wage.

The announcement comes after Florida Gov. Ron DeSantis announced he was filing a stay of decision in an appeal by the state, which wants to make it illegal to smoke medical marijuana.

John Morgan told an Orlando news conference Tuesday that he’s submitting 120,000 signatures to get his initiative on the state’s 2020 ballot, well over the 76,000 verified signatures required.

Morgan said the increase will benefit companies through lower turnover and help taxpayers as the government won’t have to subsidize low-income workers through welfare payments.

The Florida Chamber of Commerce said small businesses would be hurt by “another new mandate,” adding the state should focus on job training.