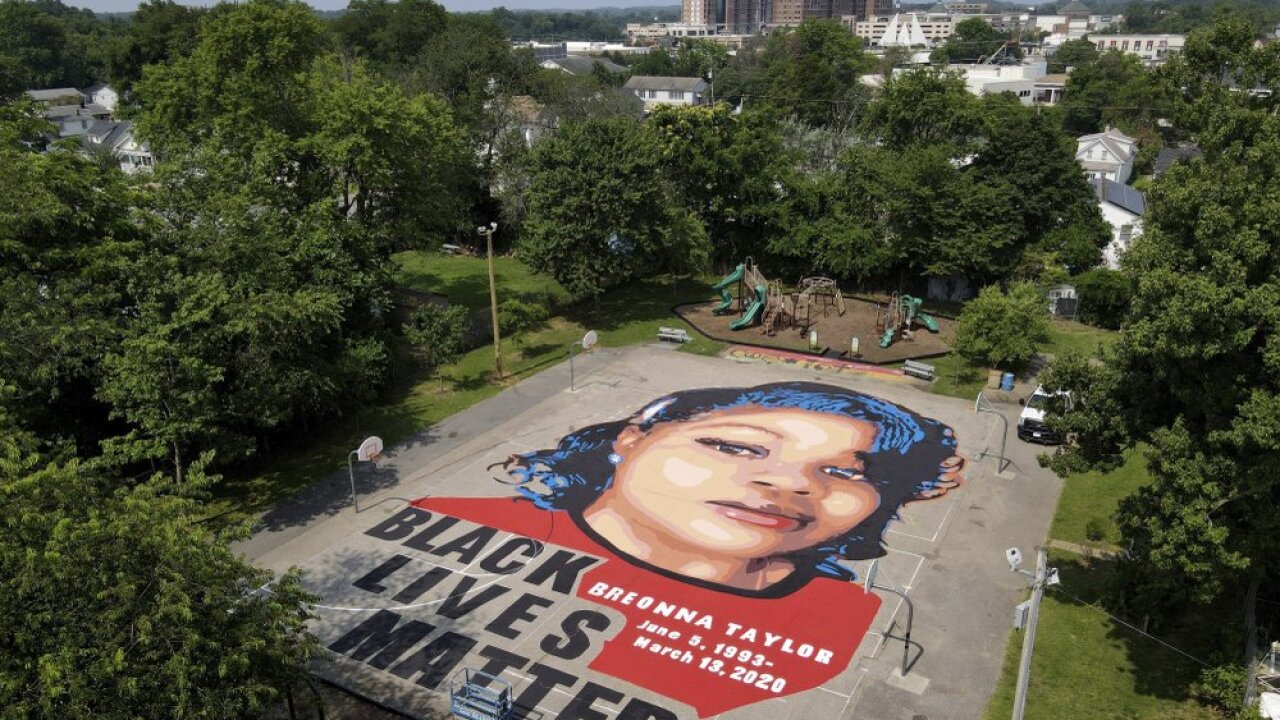 Julio Cortez/AP
A ground mural depicting a portrait of Breonna Taylor is seen at Chambers Park, Monday, July 6, 2020, in Annapolis, Md. The mural honors Taylor, a 26-year old Black woman who was fatally shot by police in her Louisville, Kentucky, apartment. The artwork was a team effort by the Banneker-Douglass Museum, the Maryland Commission on African American History and Culture, and Future History Now, a youth organization that focuses on mural projects. (AP Photo/Julio Cortez)

Lawyers for Breonna Taylor allege in court records that she was targeted in a police operation to gentrify a neighborhood in western Louisville.

Taylor was shot and killed back in March by Louisville Metro Police officers when police conducted a “no-knock raid” on her home.

According to the lawsuit, which was filed Sunday in Jefferson Circuit Court on behalf of Taylor's family, lawyers said there were plans underway for a "high dollar, legacy-creating real estate development" for Elliot Avenue.

Taylor's ex-boyfriend Jamarcus Cordell Glover was renting a home on the street and it created a "roadblock" for the project, court documents stated.

"The police unit's efforts to clean house on Elliott became so outrageous, unlawful, corrupt, and reckless that a bogus, no-knock search warrant was obtained for the home of Breonna Taylor, a woman with no criminal history, no drugs in her home, no targets in her home, and whose home was more than 10 miles from Elliott Avenue," lawyers stated in the court documents.

Lawyer's Ben Crump and his co-counselors Sam Aguiar and Lonita Baker issued a statement about the refiling.

“Connecting the dots, it’s clear that these officers should never have been at Breonna Taylor’s home in the first place, and that they invaded the residence with no probable cause," they said in a joint press release. "The officers who robbed Breonna of her life -- and Tamika Palmer of her daughter -- exhibited outrageous, reckless, willful, wanton, and unlawful conduct. As a consequence, the city lost one of its most precious essential frontline workers, who risked her life daily to save her fellow residents in a pandemic. This is a grievous offense against Breonna, her family, and the greater Louisville community."

You can read the full lawsuit below: