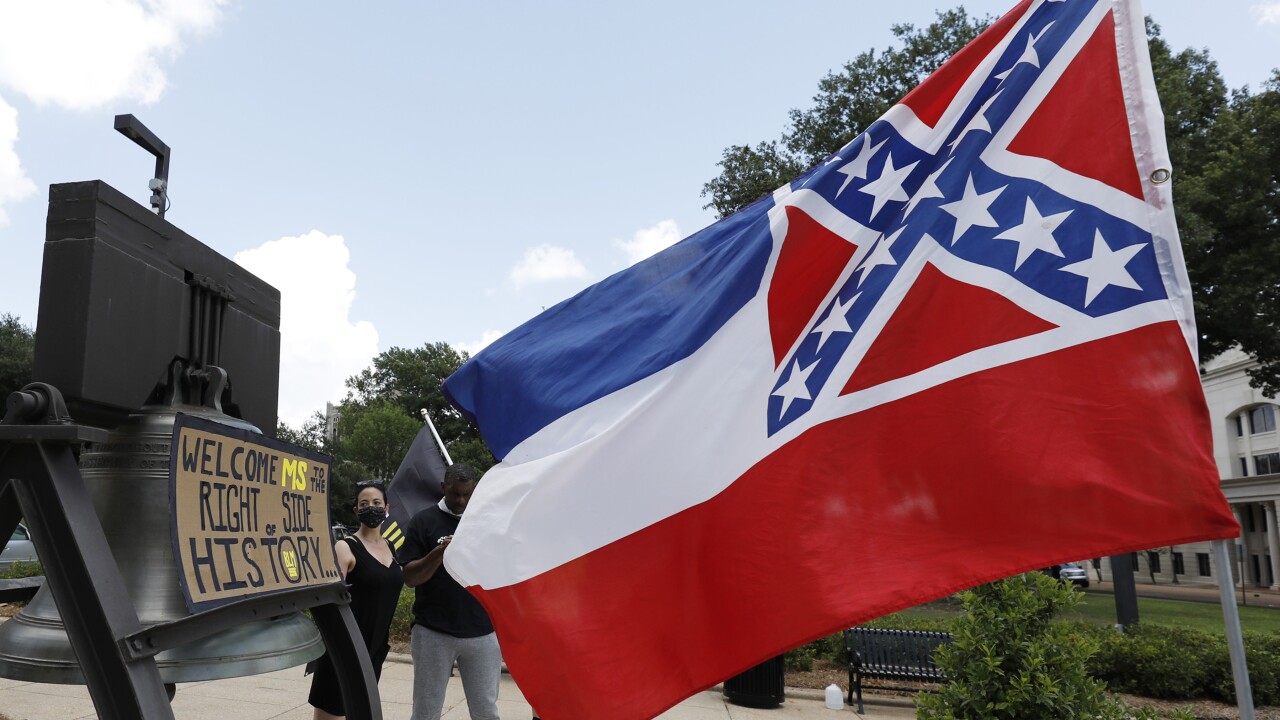 Rogelio V. Solis/AP
A Mississippi state flag waves adjacent to a flag change supporter's sign that welcomes the state to "the right side of history," outside the Capitol in Jackson, Miss., Sunday, June 28, 2020, while lawmakers are expected to consider state flag change legislation. Mississippi Governor Tate Reeves has already said he would sign whatever flag bill the Legislature decides on. (AP Photo/Rogelio V. Solis)

His office announced a signing ceremony at the Governor’s Mansion, two days after a broad coalition of legislators passed the landmark measure to change the flag.

As soon as the Republican governor signed the bill, the flag will lost its official status.

Mississippi has come under increasing pressure to change its flag since protests against racial injustice have focused attention on Confederate symbols.