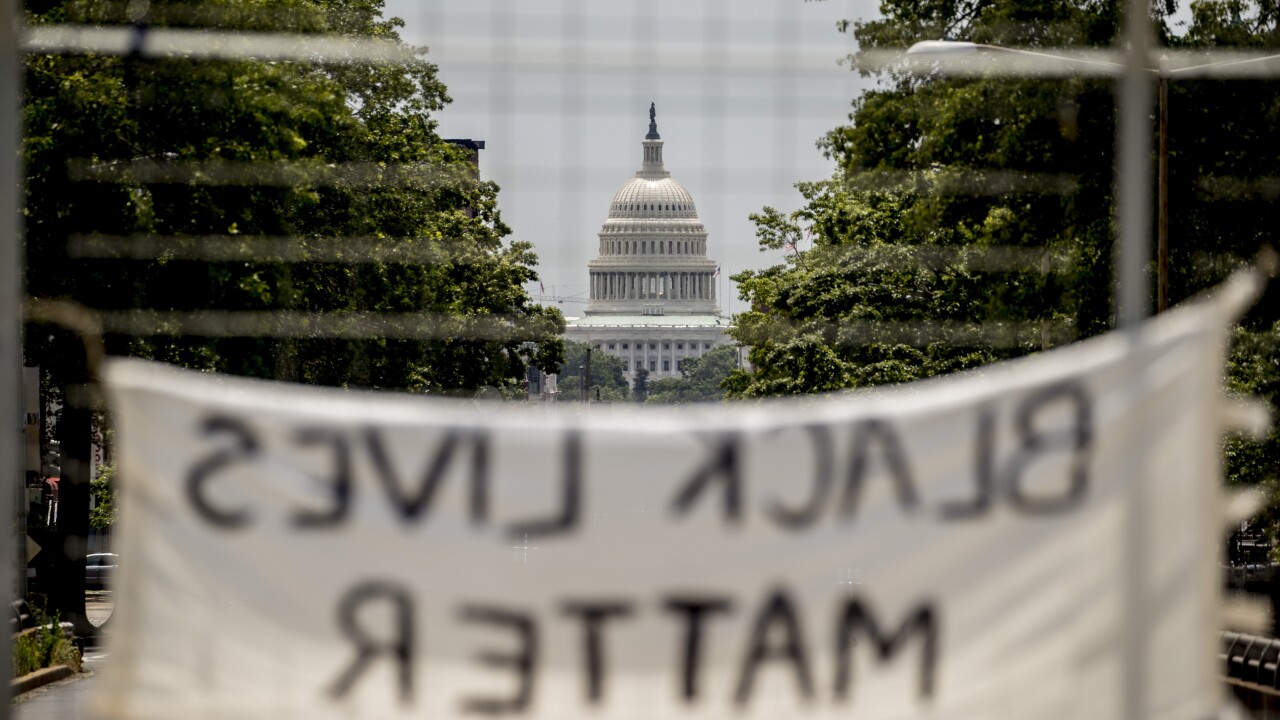 WASHINGTON, D.C. – The Congressional Black Caucus is working on a package of police reforms as the Black Lives Matter (BLM) movement demands action in response to the killing of George Floyd in Minneapolis.

It's still in the early stages, but some of the proposals circulating include a federal chokehold ban, a review of police training standards, and changes to the doctrine that protects officers from legal liabilities.

These reforms only breach the surface of the demands from the BLM movement, which is calling for the national defunding of police, demanding investment in African American communities, and asking for resources to ensure black people can not only survive, but thrive.

“We call for an end to the systemic racism that allows this culture of corruption to go unchecked and our lives to be take,” wrote BLM in a petition.

BLM is also demanding that the black community’s pain and injustice be acknowledged, and that those responsible for officer-involved killings be held accountable.

Enough is enough. We call for an END to the systemic racism that allows this culture of corruption to go unchecked and our lives to be taken. We call for radical, sustainable solutions that affirms the prosperity of Black lives throughout America. See the demands. Sign the petition. #linkinbio #DefundThePolice #blacklivesmatter 1. We demand acknowledgement and accountability for our pain and injustice 2. We demand divestment in the police force 3. We demand investment in the health and prosperity of our communities

A professor of criminal justice tells us there may be some pushback from local governments or law enforcement regarding federal oversight or action taken as a result of the BLM movement.

Following unrest in 2014 over the deaths of Michael Brown, Eric garner and Tamir Rice, about two dozen local governments took it upon themselves to pass police reforms. However, many avoided the subject of police use-of-force.

Smith says it takes this kind of national outcry for the federal government to decide it needs to step in. He points to a case in Oakland years ago where officers were indicted for involvement in a prostitution ring.

The federal government ended up overseeing the department for several years to make reforms.

“In this case, with George Floyd, now the federal government's looking at this case, saying this case could be a civil rights violation,” said Smith.

Smith says once the federal government gets involved, it's very difficult to get them to back off. So, the continued protests and media attention may be a big step towards some serious reform.