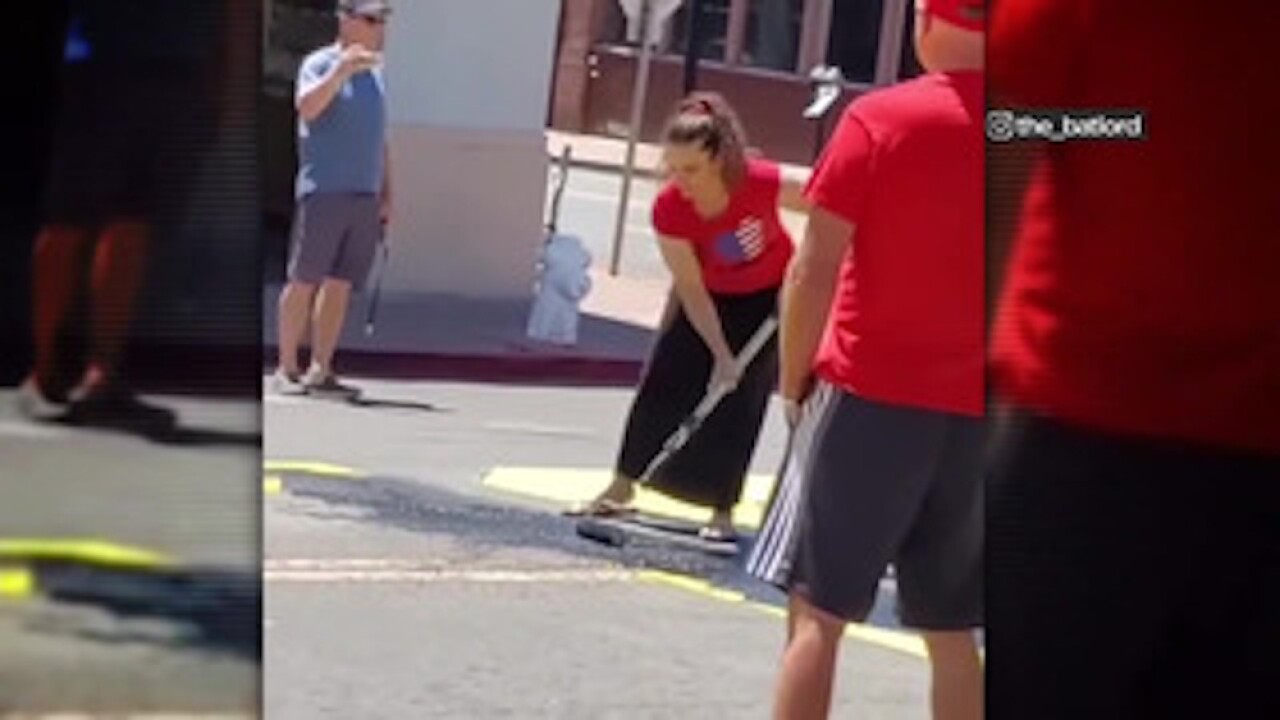 A California district attorney has charged two people with hate crimes after they attempted to paint over a "Black Lives Matter" street mural in a Bay Area town over the weekend.

Nicole Anderson, 42, and David Nelson, 53, of Martinez, California, each face three charges, including violation of civil rights, according to the Office of Contra Costa County District Attorney Diana Becton.

According to the DA, video taken over the weekend shows Anderson and Nelson using paint rollers to try and black out a large, yellow "Black Lives Matter" mural in downtown Martinez.

In the video, which was shared widely on social media, a man appearing to be Nelson was wearing a "Make America Great Again" cap and a Trump campaign shirt that read "Four More Years."

"Keep this [expletive] in New York. This is not happening in my town," a woman, allegedly Anderson, said in the video.

In addition to charges of civil rights violations, Anderson and Nelson also face charges of vandalism under $400 and possession of tools to commit vandalism or graffiti. They face a maximum of up to a year in jail if convicted.

"We must address the root and byproduct of systemic racism in our country," Becton, the District Attorney, said in a statement. "The Black Lives Matter movement is an important civil rights cause that deserves all of our attention. The mural completed last weekend was a peaceful and powerful way to communicate the importance of Black lives in Contra Costa County and the country. We must continue to elevate discussions and actually listen to one another in an effort to heal our community and country."

Last month, following massive protests against police brutality and systemic racism, Washington, D.C. Mayor Muriel Bowser commissioned that a large, yellow, Black Lives Matter mural be painted on a street near the White House. Dozens of other cities have since followed suit and created their own Black Lives Matter street murals.

New York City Mayor Bill de Blasio has announced plans to paint a similar mural on Fifth Avenue outside of Trump Tower. President Donald Trump later called the proposed mural a "symbol of hate." Work on the project was scheduled to begin last week but has been delayed.