After Lawsuit Filed Against He and City Commission, Andrew Gillum Speaks Out

After Getting Sued by City Commission, Andrew Gillum Speaks Out 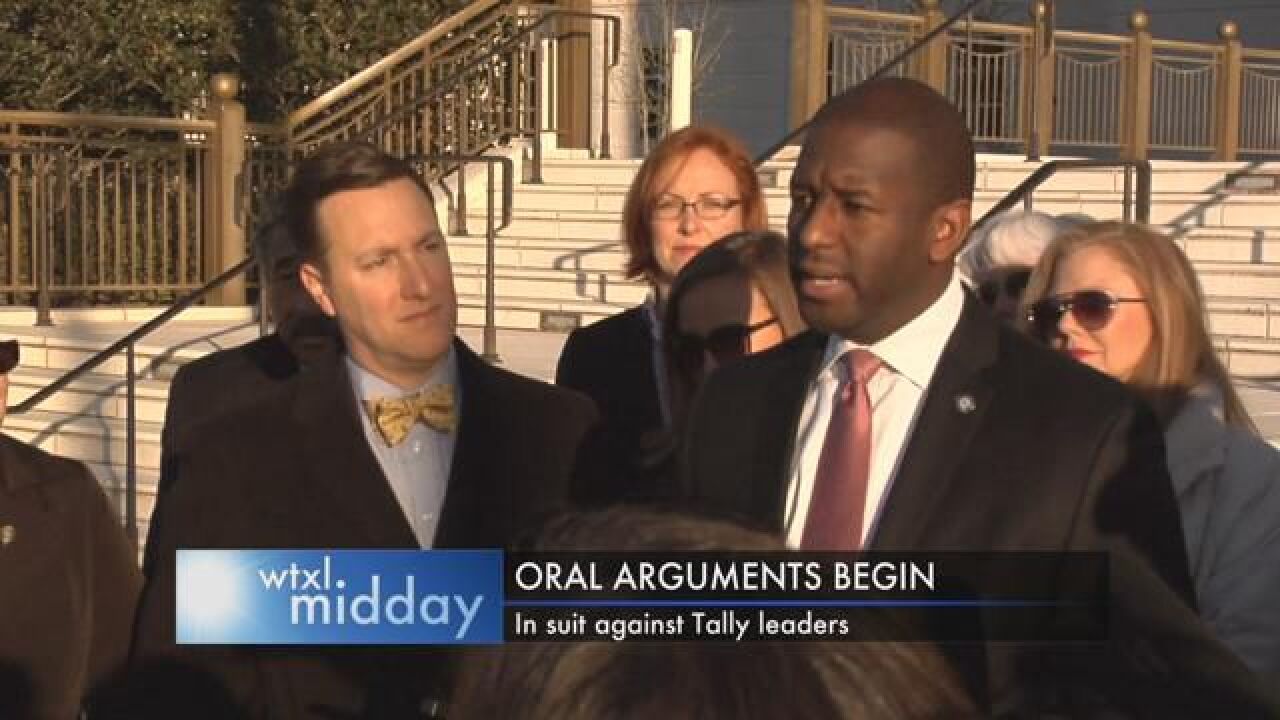 TALLAHASSEE, Fla. (WTXL) - Tallahassee Mayor Andrew Gillum is speaking out about a lawsuit filed against himself and the city commission.

The Florida Carry and the Second Amendment Foundation filed the suit in 2014, claiming that they violated a 1987 state statute by refusing to repeal city codes that banned firing guns in public parks.

The mayor says he hopes the panel of judges will understand why local leaders made the decision they did.

In 2011, the Florida State Legislature imposed a $5,000 fine against local government officials who enforce a gun control law.

It also says local elected officials can be personally liable and removed from office.