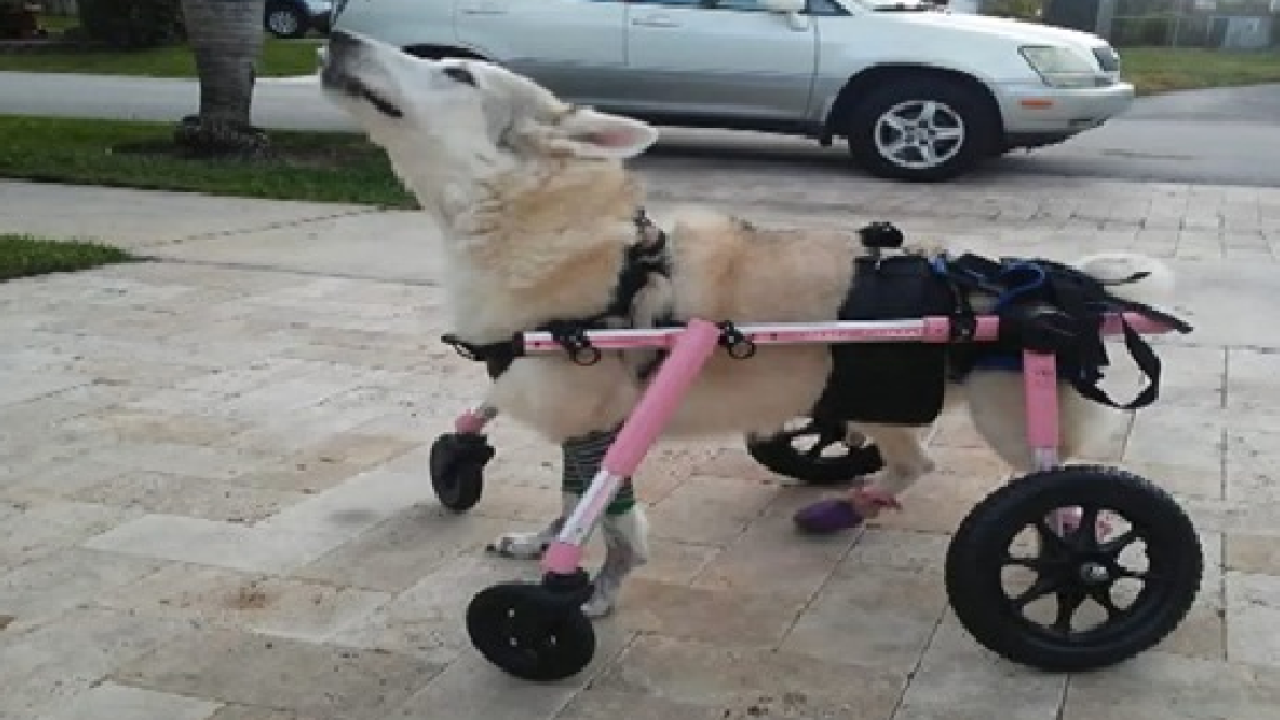 OAKLAND PARK, Fla. (AP) — An animal rescue group says a disabled dog has been found dead, five days after the car it was sitting in was stolen.

Rescue group 100+ Abandoned Dogs of Everglades Florida says officials told the owner and the group Monday that the car was found, but the husky mix had died.

Owner Wanda Ferrari said she had left the car running with air conditioning on for her dog Zorra while she went into a store Thursday in Oakland Park, Florida.

Zorra used a pink wheelchair to walk because its back legs were paralyzed. The 13-year-old dog was in the backseat when the station wagon was taken.

Zorra was Ferrari's constant companion as the woman deals with breast cancer.

The rescue group had offered a $3,000 reward for Zorra.

The dateline has been corrected. The car was stolen in Oakland Park, not Oakdale Park.