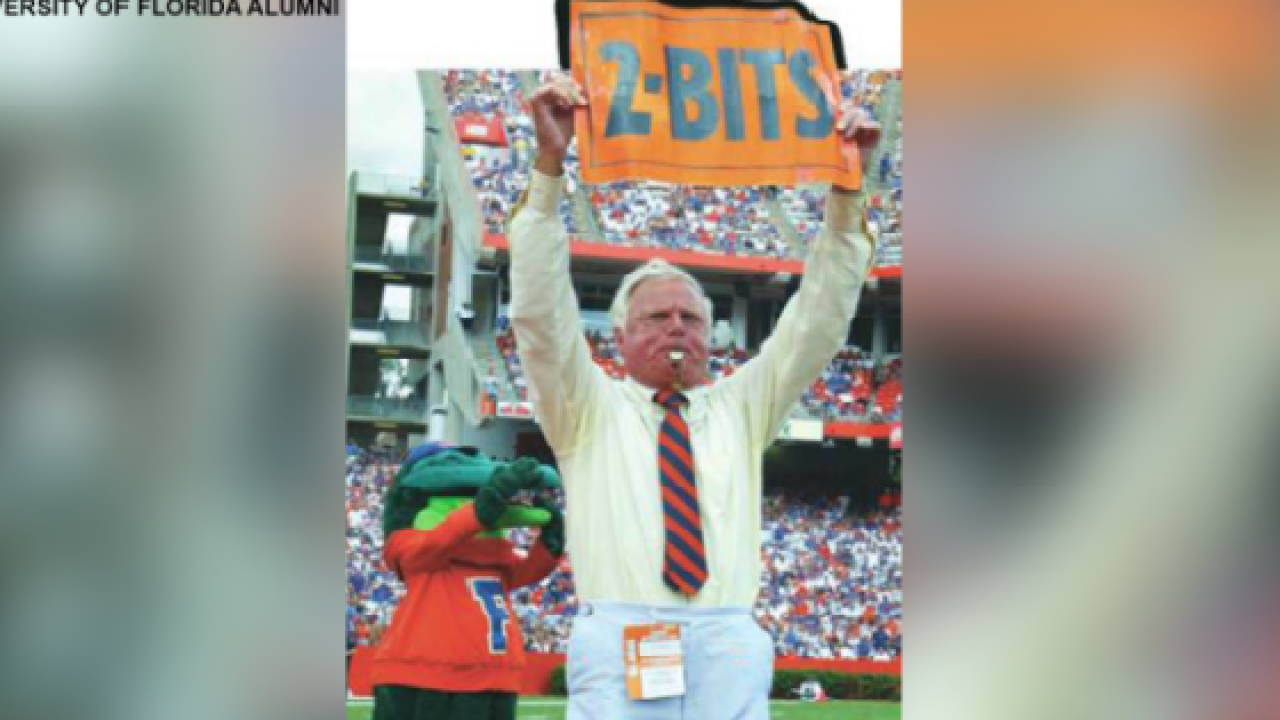 GAINESVILLE, Fla. (AP) — The University of Florida's most famous cheerleader has died.

The school announced George Edmondson Jr.'s death on Thursday, two days after his passing. Edmondson was better known as Mr. Two Bits while riling up crowds at Florida home games for 60 years.

Edmondson first performed his "Two Bits" cheer in 1949. He was in the stands at Florida Field when fans booed the Gators as they took the field for the season opener against the Citadel. An insurance agent from Tampa, Edmondson decided to cheer and encouraged others to join him.

His "Two bits, four bits, six bits a dollar ... all for the Gators, stand up and holler!" routine took hold, and he quickly became a well-known figure at games.

He officially retired from his role after the 2008 season. He never attended Florida but was named an honorary alumnus in 2005.