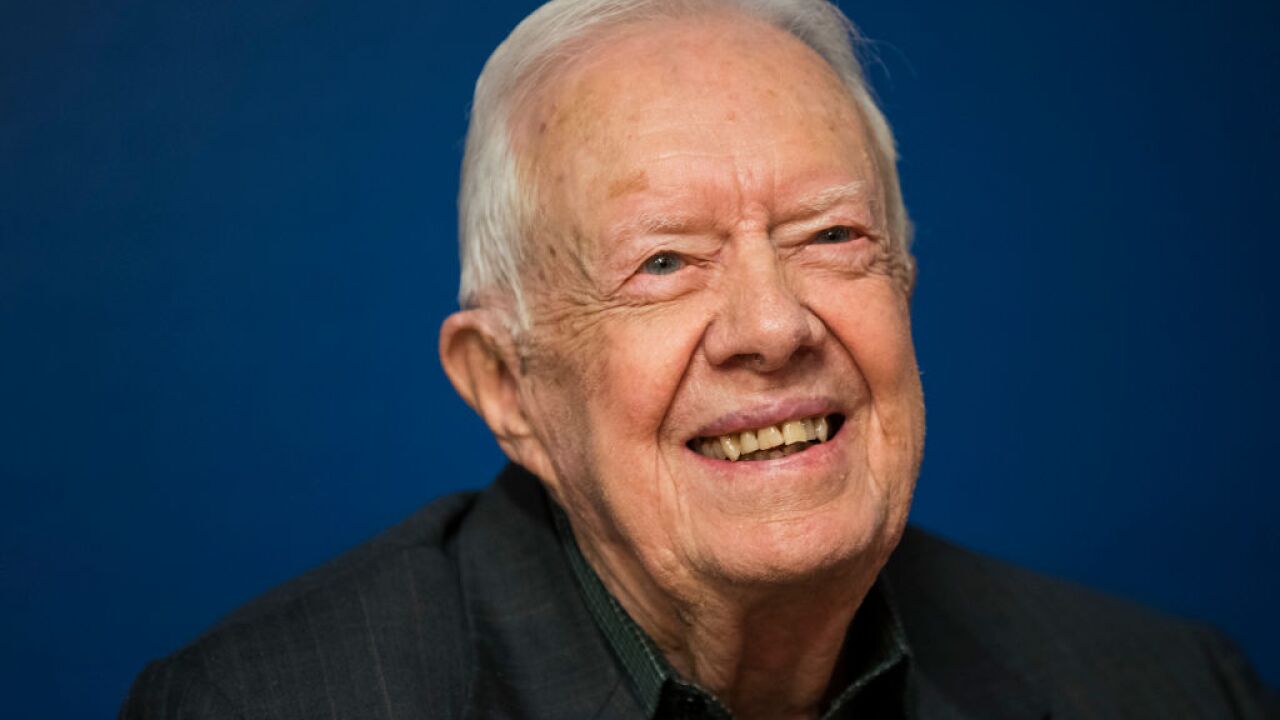 Former President Jimmy Carter was discharged from the hospital Wednesday after being treated for a urinary tract infection, according to The Carter Center.

Carter is looking forward to "further rest and recovery at home in Plains, Georgia," according to a Wednesday statement from the organization, and "he and Mrs. Carter wish everyone peace and joy this holiday season."

This most recent hospitalization came after multiple other injuries or illnesses, including when he suffered a subdural hematoma, a serious condition, and needed brain surgery.

The Maranatha Baptist Church, in Plains, Georgia, said Monday afternoon that Carter, the oldest ex-president in U.S. history, would be not be teaching for the rest of the month. The church released the statement before learning of Carter's return to the hospital. The Sunday school teachings -- a tradition of Carter's for many years -- were canceled after he underwent brain surgery in late November.

"Our other miracle is President Carter," the Maranatha Baptist Church said in a statement. "Although he has been released from the hospital from his surgery, we want to make sure he takes the full surgery recovery time before teaching again. For this reason, his Sunday School lessons on December 8 and December 22, 2019 will be cancelled. His niece, Kim Fuller will deliver inspiring messages throughout the month of December."

Carter was released from Emory University Hospital in Atlanta the day before Thanksgiving after spending two weeks in the medical facility following brain surgery as a result of a subdural hematoma. He suffered the injury in a fall, one of many he's suffered in recent months.

"The Carters are grateful for all the prayers, cards, and notes they have received and hope everyone will join them in enjoying a special Thanksgiving," a statement from the Carter Center read after his release last week.

Carter sustained a 'minor pelvic fracture' in October after falling and required 14 stitches above his brow after another fall in early October.

In his first of three falls this year, the former president underwent hip surgery in May after falling before a turkey hunting excursion.

Carter served as governor of Georgia for one term before running for president in 1976. He defeated Republican Gerald Ford in a competitive race in the general election, but served just one term before being defeated by eventual two-term President Ronald Reagan in 1980.

"Former U.S. President Jimmy Carter was admitted to Phoebe Sumter Medical Center in Americus, Ga., this past weekend for treatment for a urinary tract infection. He is feeling better and looks forward to returning home soon. We will issue a statement when he is released for further rest and recovery at home."