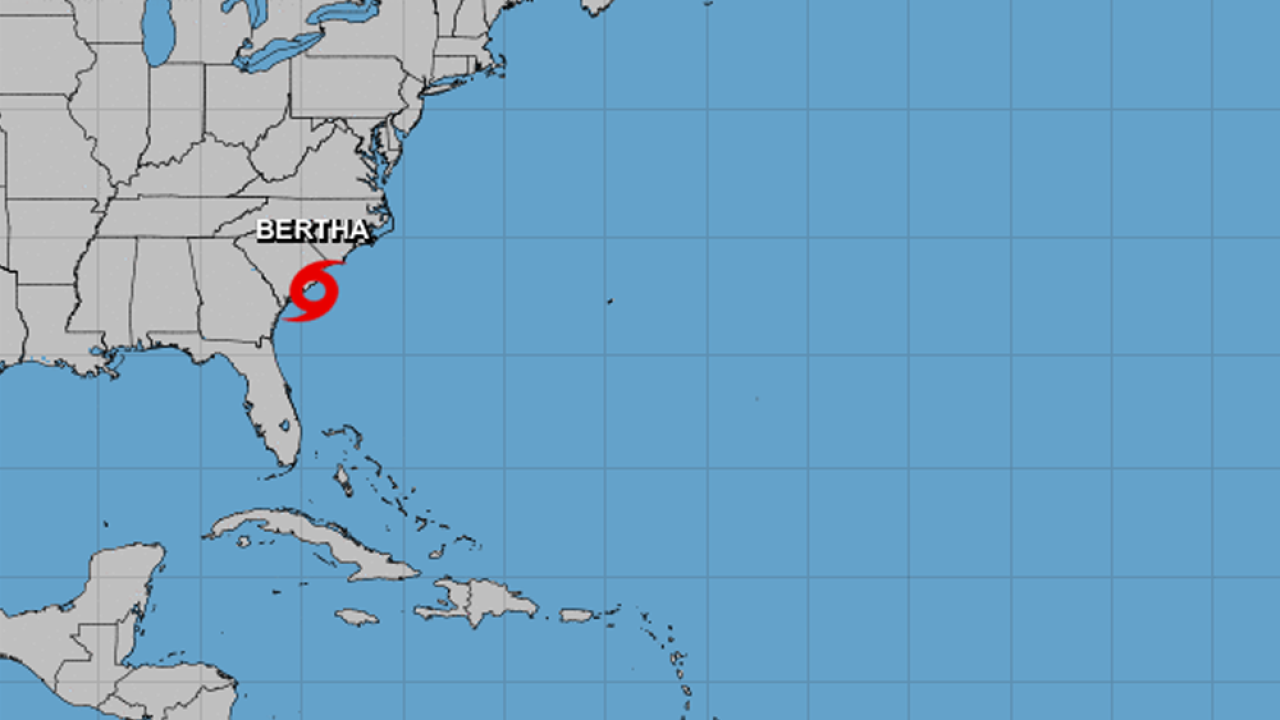 Tropical Storm Bertha surprised the South Carolina coast, forming and making landfall within two hours, bringing a poor beach day of rain and gusty winds, but no major problems. Forecasters expected the bad weather Wednesday, but didn't predict it to organize so quickly and become the second named storm before the official start of this year’s Atlantic hurricane season. Bertha was named around 8 a.m. Wednesday, was onshore east of Charleston by 9:30 a.m. It was downgraded to a tropical depression by 2 p.m. Like almost all storms with heavy rain, several streets flooded in Charleston, leaving ankle- to calf-high brown water mixed with trash from knocked over cans Wednesday.