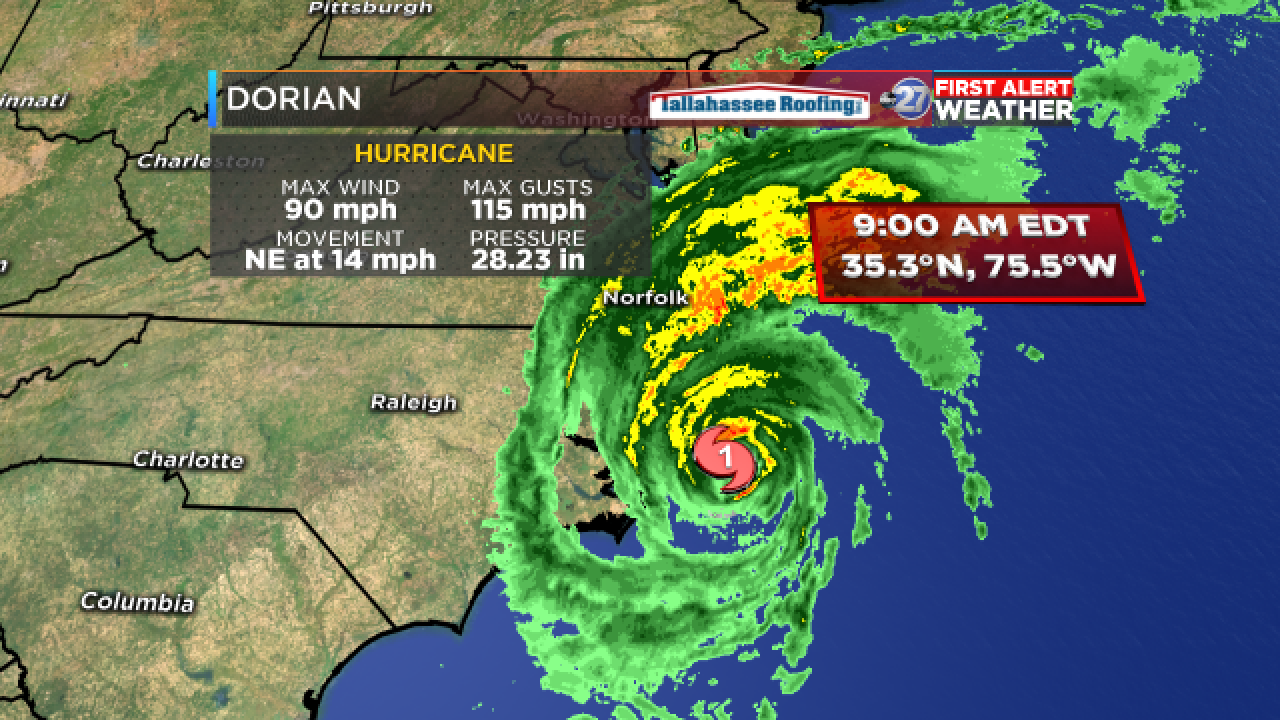 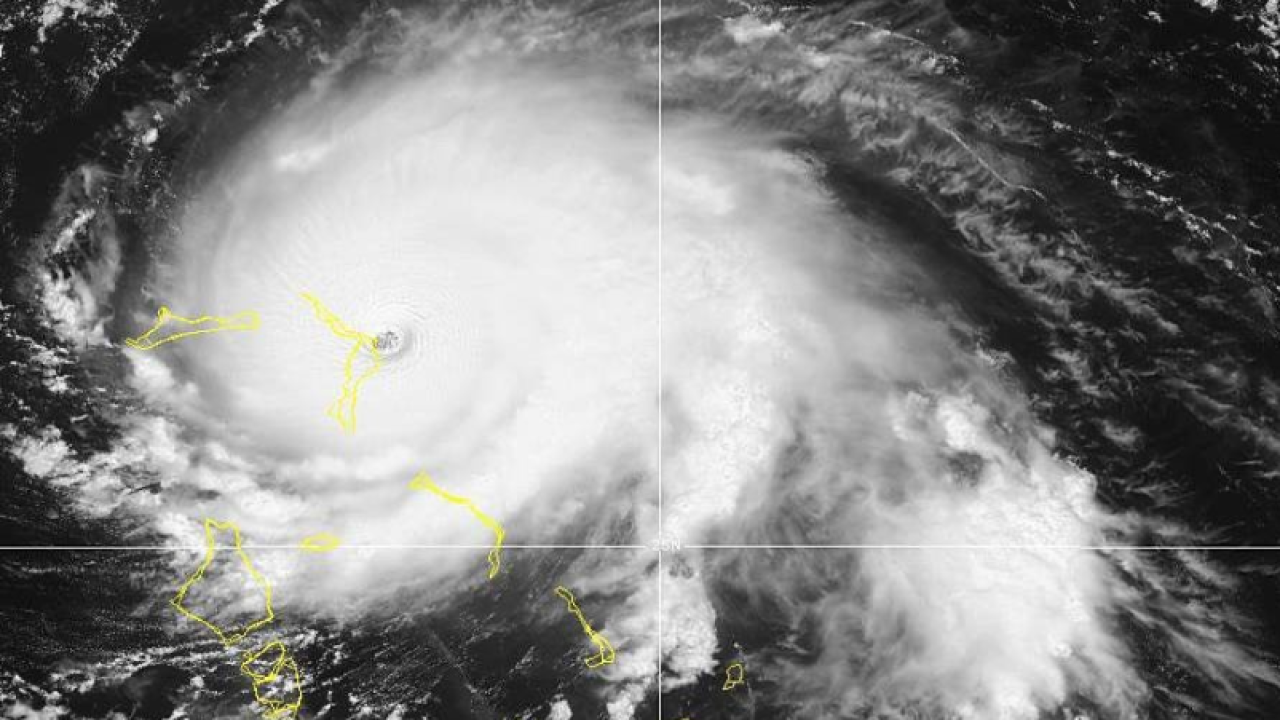 (WTXL) — As of the 9 a.m. Friday update from the National Hurricane Center, Dorian made landfall over Cape Hatteras, North Carolina as a Category 1 hurricane.

The National Hurricane Center says Dorian made landfall over Cape Hatteras, NC with sustained winds near 90 mph. Dorian is moving northeast at 14 mph and this general motion with an increase in forward speed is expected through Saturday.

#Dorian has made landfall over Cape Hatteras, North Carolina at 835 AM EDT. Maximum sustained winds were estimated near 90 mph (150 km/h), and the estimated minimum central pressure was 956 mb (28.23 inches). More: https://t.co/tW4KeFW0gB pic.twitter.com/IgOso4dvvs

On the forecast track, the center of Dorian will move near or over the coast of North Carolina during the next few hours. The center should move to the southeast of extreme southeastern New England tonight and Saturday morning, and then across Nova Scotia late Saturday or Saturday night.

A NOAA weather station at Cape Lookout, North Carolina, located inside the western eyewall of Dorian has reported sustained hurricane-force winds of 74 mph (119 km/h) and a gust to 94 mph (152 km/h). This is equivalent to a 1-minute sustained wind speed of 81 mph (130 km/h).

A few tornadoes are possible this morning across eastern North Carolina into southeastern Virginia.

Dorian should remain a powerful hurricane as it moves near or along the coast of North Carolina during the next several hours. Dorian is forecast to become a post-tropical cyclone with hurricane-force winds by Saturday night as it approaches Nova Scotia.

On Sunday, Hurricane Dorian made landfall at Elbow Cay, Abacos as a dangerous Category 5. The Category 5 storm is tied with the 1935 Labor Day hurricane for the strongest Atlantic hurricane landfall on record, according to the NHC.

At that time, maximum sustained winds were holding steady at 145 mph with gusts over 190 mph. The storm's winds were clocked as more powerful than Hurricane Michael's sustained winds when it hit the Florida Panhandle. The National Hurricane Center says Dorian is the strongest hurricane in modern records for the northwestern Bahamas.

A Hurricane Warning is in effect for...
* Little River Inlet to the North Carolina/Virginia border
* Pamlico and Albemarle Sounds

A Hurricane Watch is in effect for...
* Nova Scotia

The Hurricane Warning has been replaced with a Tropical Storm Warning from South Santee River, SC to Little River Inlet. The Storm Surge Warning south of Surf City has been discontinued.

Dorian is expected to produce the following rainfall totals through late this week:

Large swells will affect the northwestern Bahamas, and the entire southeastern United States coast from Florida through North Carolina during the next few days. These swells are likely to cause life-threatening surf and rip current conditions.

ABC 27 will continue monitoring the storm.