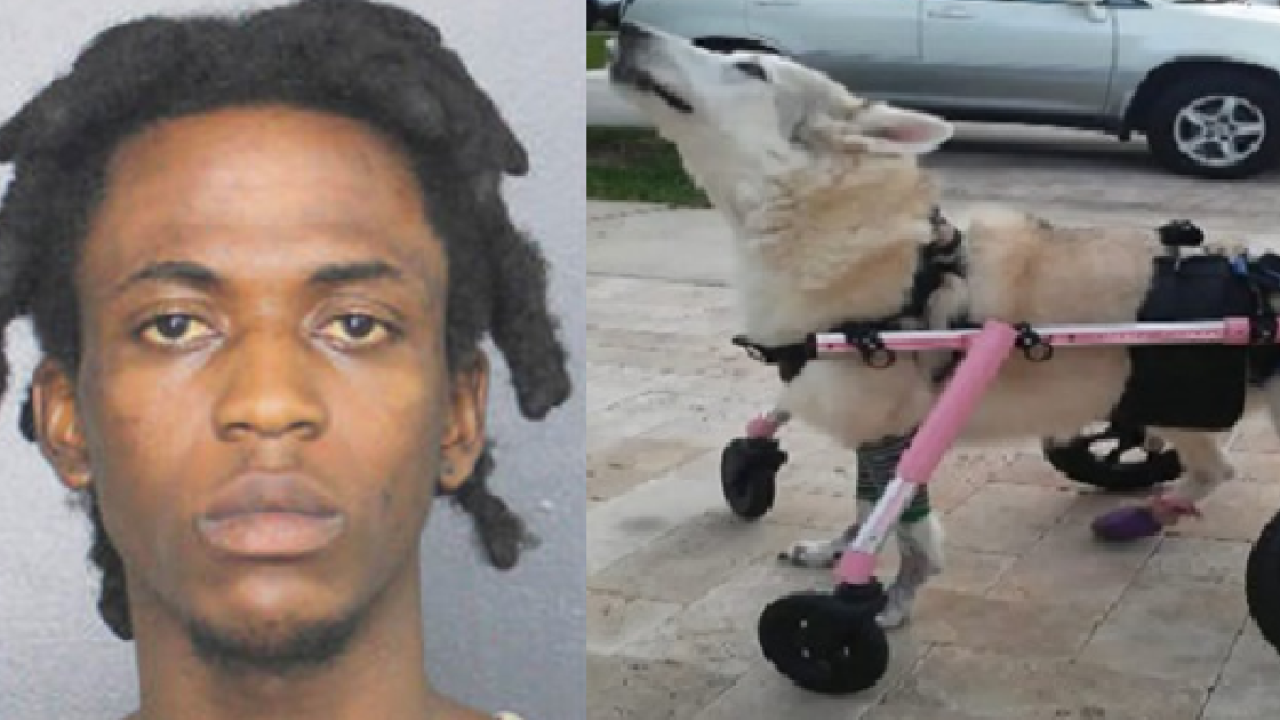 OAKLAND PARK, Fla. (AP) — Authorities have accused a man of stealing a car with a disabled dog inside and leaving the pet in the station wagon to die in the Florida heat.

Last week, Wanda Ferrari left the air conditioning running in her car for her 13-year-old husky mix Zorra while she went into a Dollar Tree store.

Zorra used a pink wheelchair to walk because its back legs were paralyzed.

Francois appeared before a judge Thursday and was ordered no bond.