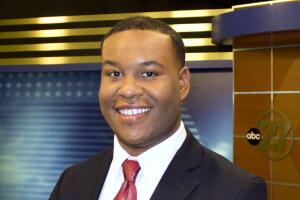 Prior to joining ABC 27, Malcolm was a Reporter/Fill-in Anchor at KTRE, the ABC affiliate in Lufkin, TX. He spent a year there learning the ropes, receiving a strong foundation in broadcast journalism.

As a multi-media journalist, Malcolm was allowed to be his own creative director. The position required a number of skills, including being the reporter, videographer, video editor and website coordinator. The daily requirements of an MMJ truly taught him how to be an independent and reliable asset to the newsroom.

To date, Malcolm's most memorable story is one of an hours-long search for a 3-year-old boy in Lufkin who wondered off from his family's front lawn. Several search crews and family members combed the area searching for the boy only to discover his body early the next morning. Authorities confirmed that the boy drowned to death. Later investigations revealed two of the boy's family members to be involved in his death.

Malcolm comes to Tallahassee all the way from Dallas, TX. It's his first time living nearly 13 hours and an entire timezone away from his family and friends in Texas, but the exciting chance to make new memories in the Sunshine State relieves that anxiety!

If you happen to see Malcolm around Tallahassee, certainly say hello and feel free to offer any good restaurant suggestions...story ideas and tips work too!