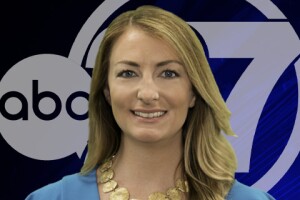 Lori Buhring is the Weekend Sports Anchor and Reporter at WTXL.

Prior to arriving in Tallahassee, Lori reported sports and news in Montana for nearly two years. Before heading to the Northwest, Lori was a news producer for three years in Mississippi.

Lori was born and raised in Mobile, Alabama, also known as the Port City, and graduated from the University of South Alabama in 2013 with a degree in Broadcast Journalism.

Whether it’s on a high school field or inside a college stadium, Lori loves shooting all sports and interacting with players and coaches.

On her down time, she enjoys working out, snuggling with her cats Sonny and Shadow, eating cake, fishing, and being outdoors.