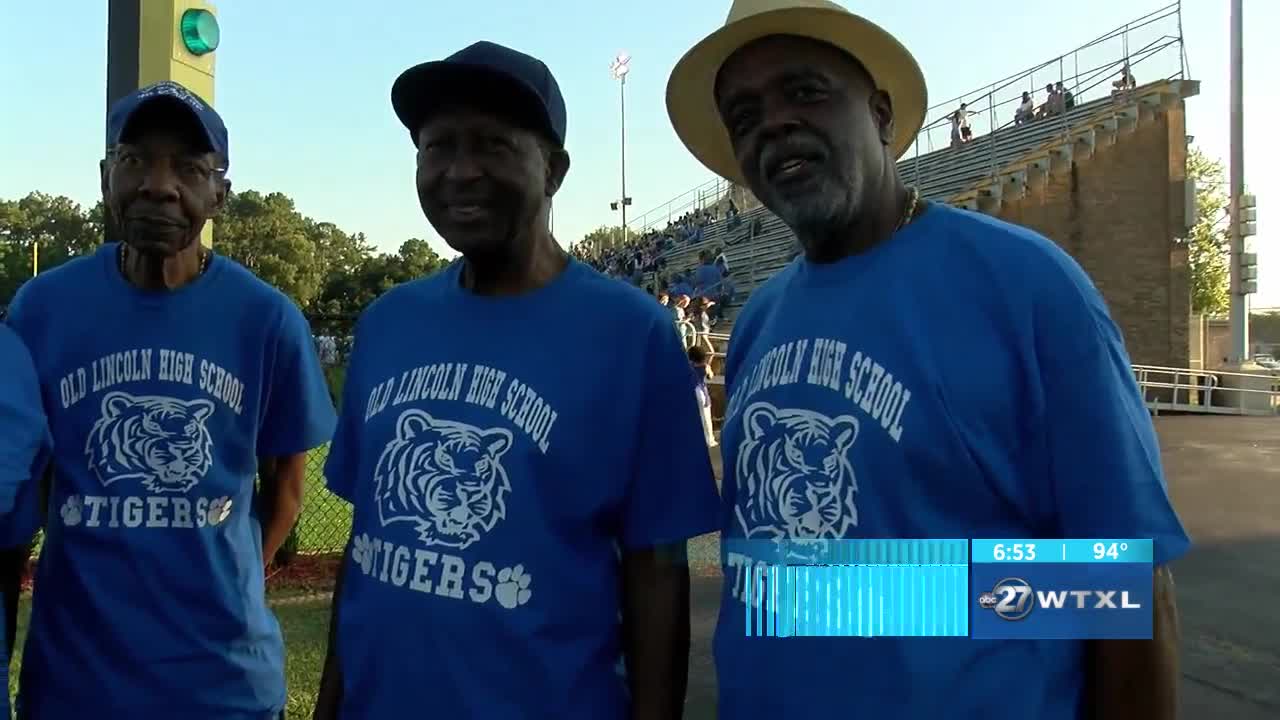 TALLAHASSEE, Fl. (WTXL) — Friday night football brought out a bunch of great teams and great plays from across Tallahassee. There was one game that was a tad bit different than the others.

The Tate High at Lincoln High game, which was held at Gene Cox, was your typical high school football game. The Trojans came out with a shutout victory over the Aggies, but instead of wearing their gold and green, the Trojans repped blue and white.

The change of colors and the change of the mascot for the night was to honor the last class at Lincoln High School before it was desegregated. The Trojans became the Tigers for the night, while wearing blue and white to honor Class of 1969.

"It was an honor to play football at Lincoln because we had a lot of talent in the city," explained Willie Ellis, who graduated from Lincoln before it was desgregated. "We had some good coaches. They were hard, but they were good men and I think them being hard on us, made us being good men. And it was just really a thrill to walk around on campus with your chest out and everybody knew that you were no the football team, the baseball team, the basketball team, or whatever."