They're back! McDonald's bringing back iconic Happy Meal toys from the past 40 years 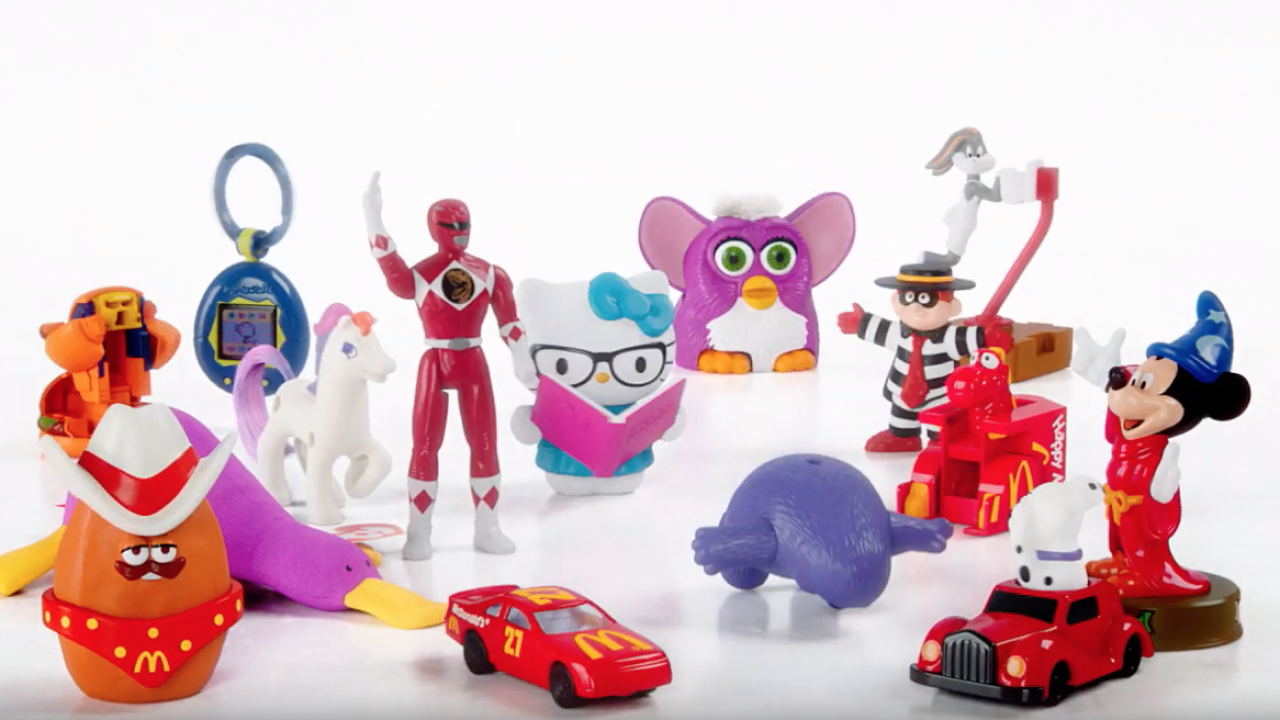 No matter how old you are, you know the best part of a Happy Meal isn't the fries — it's the prize inside.

In honor of the 40th anniversary of the first-ever McDonald’s Happy Meal, the fast food chain is taking a full trip down memory lane by bringing back nostalgic toys spanning the past four decades.

The limited release toys will be available November 7-11, while supplies last.

The official lineup of toys to the Surprise Happy Meal includes:

The Happy Meal was first introduced as the Circus Wagon Happy Meal in June 1979, with early versions including a decorative box and various toys, such a spinning top and McDonaldland character erasers.

This story was originally published by Kaylyn Hlavaty on WEWS.