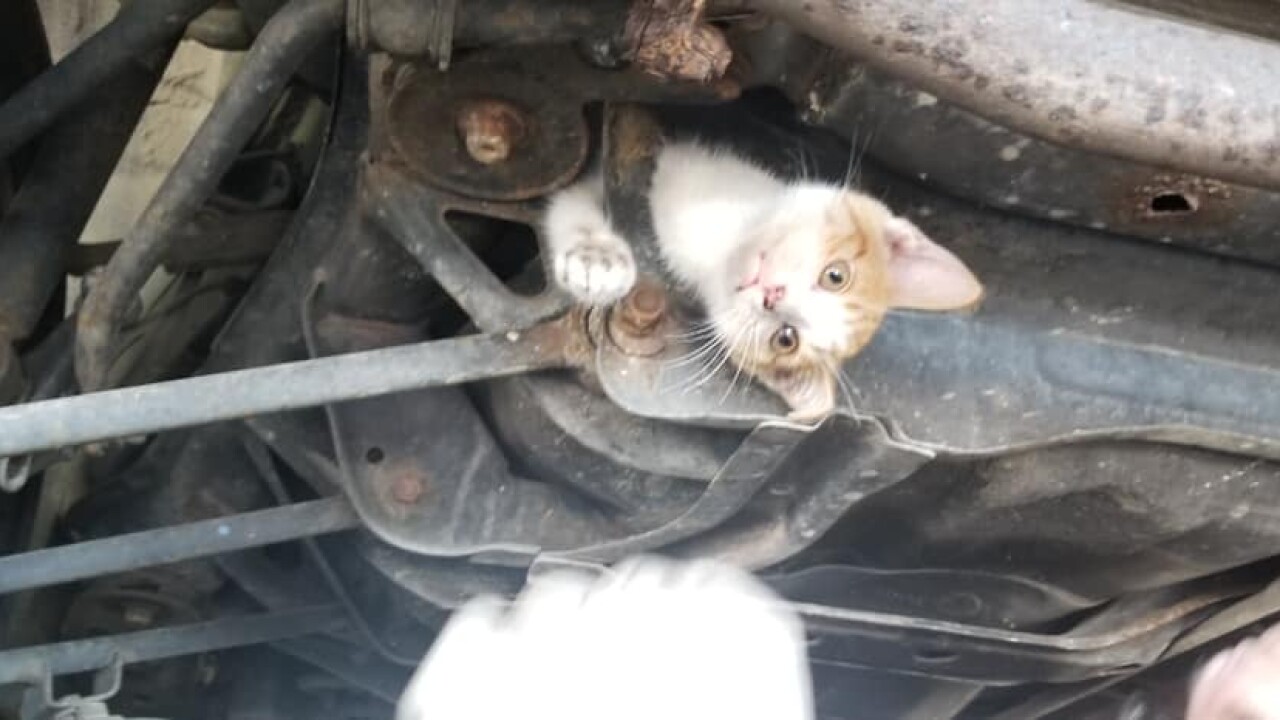 FRANKFORT, Ky. — A kitten has a new lease on life after mechanics at a local Midas auto center helped free the cat from under a car.

The kitten had gotten its head trapped in a hole in the vehicle's subframe. After an hour of work, a little bit of soap and some elbow grease, the kitten was free. The car owner offered to pay the mechanics for their service, but they refused.

The car owner offered to pay the mechanics for their service, but they refused.

Mechanics believe the cat had been stuck throughout a trip to nearby Lexington and Versailles before the driver discovered the cat in Frankfort. Once the cat was freed, managers took the her to the vet where, other than some minor scratches, she received a clean bill of health.

The store took name suggestions from Facebook fans and ended up choosing to call the sweet kitten "Marigold." The cat did not have a microchip, but she quickly found a new home.

This story was originally published by Melissa Ratliff on WLEX in Lexington, Kentucky.