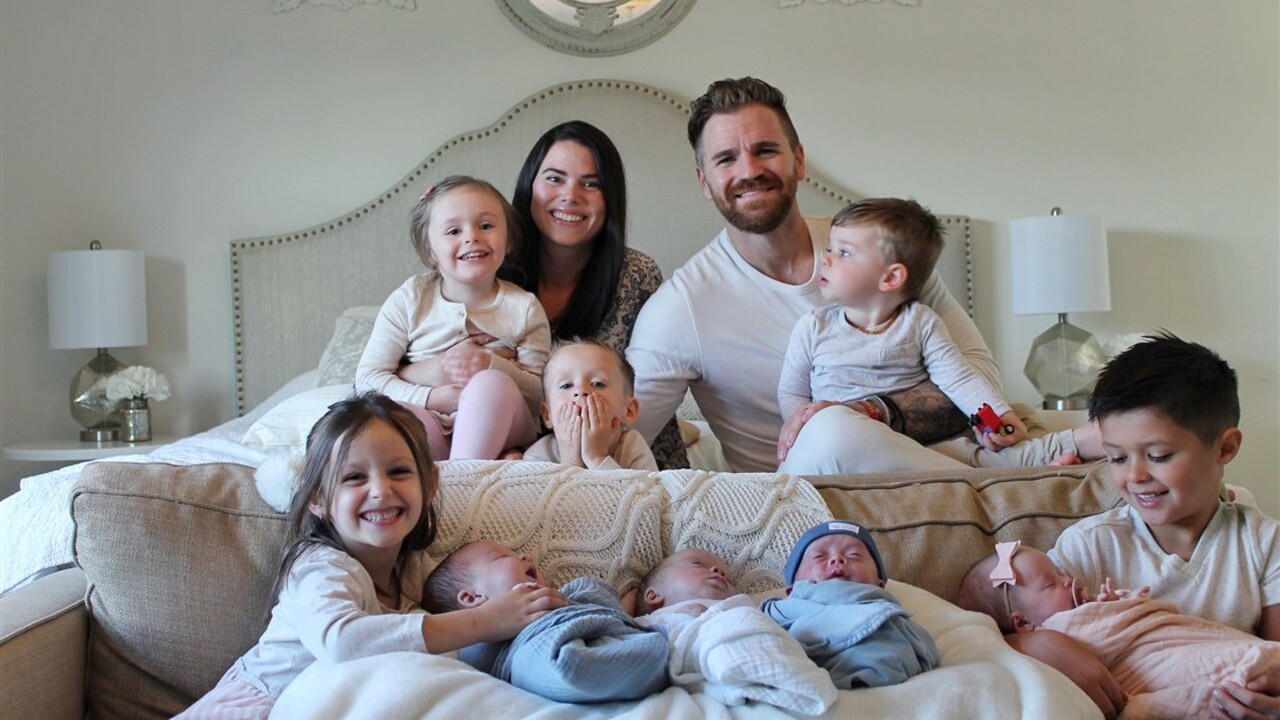 READING, Penn. – Life can throw curveballs your way. No one knows that better than one Pennsylvania couple whose family grew significantly in a short period of time.

Maxine and Jake Young already had one son when they decided to adopt a set of four siblings who they’d been fostering.

That was in December of last year. Just weeks after, the Youngs discovered they’d be adding another four to the family. Maxine was pregnant with quadruplets.

The Youngs told the Today Show that they were shocked by the news, because they didn’t think they could get pregnant without help. Their first son was conceived through intrauterine insemination (IUI).

The couple says their other children – Aiden, Park, Conner, Elliott and Henry – have welcomed the newborns with open arms and love to hold them.

Now, with a total of nine children, Maxine says their home is surprisingly blissful. She told the Today Show that taking care of all the kids has actually been a lot easier than they thought it was going to be.

The Youngs say they thrive on the chaos. They’re even documenting their parenting journey on Instagram and YouTube.