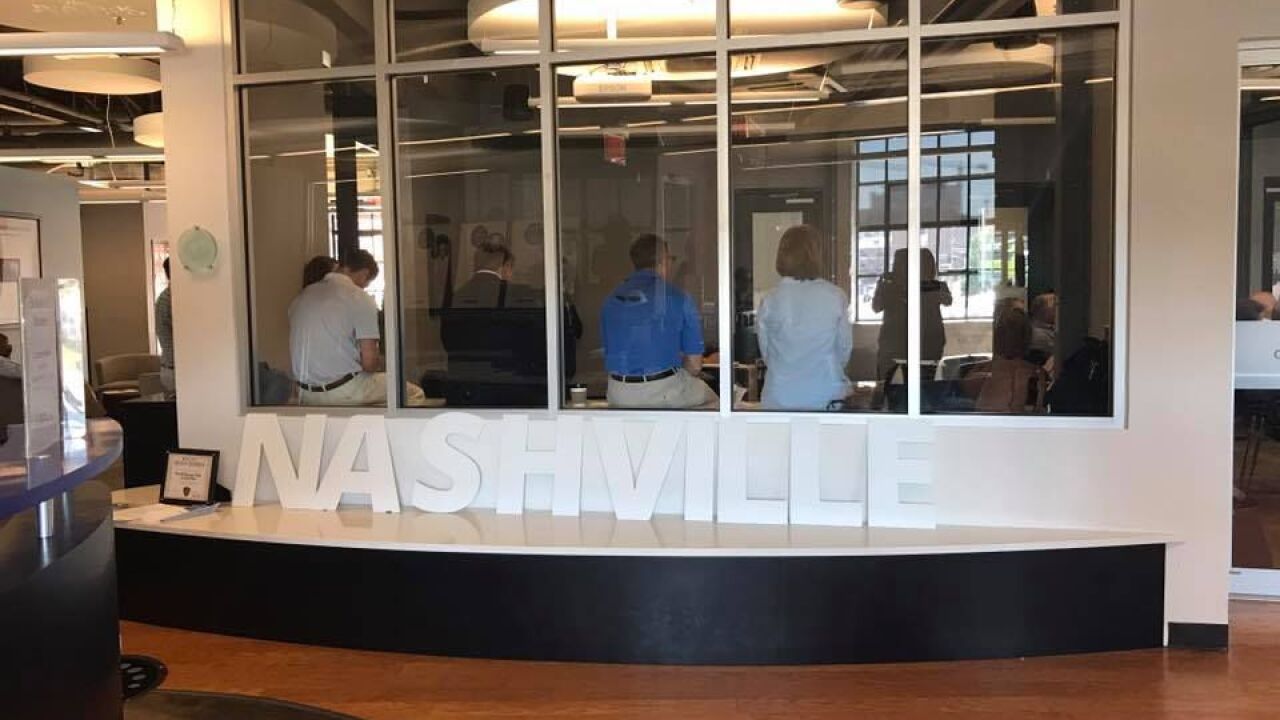 TALLAHASSEE, Fla. (WTXL) - Last month, city and county officials traveled to Nashville to learn how that city brands itself and grows its economy.

The Greater Tallahassee Chamber of Commerce (TalChamber) hosted the three-day tour, with more than 80 members representing business, hospitality and more.

The "Music City" is a brand that many people identify with the capital of Tennessee. The Sunshine State is looking to market its capital, too prompting local stakeholders to learn more after the trip.

WTXL caught up with TalChamber Vice President Jay Revell on June 22, just over a month after the trip, to reflect on what attendees took away.

"What do we need to do to put a community plan in place that make sure that we are aiming all of our resources to be the best possible version of ourselves?" Revell said.

There was a full schedule for those who made the trip, with speakers, tours and presentations about economic growth and entrepreneurship.

Nashville is five times bigger than Tallahassee, but city leaders returning from the tour say despite the size difference, there was still a lot to take away.

"There was value in going to Nashville to study how they had gotten from where they were to where they are today and a lot of that, we could bring back and replicate," Miller said. "We are just getting our little selves started, but it's a good time."

While TalChamber and its members accounted for most of the costs, the city and county sent 17 government officials to Nashville. WTXL requested financial records from both local governments and calculated the combined group spent an estimated $38,600 over the course of the trip, including travel, food and registration.

In 2015, a local delegation went on a similar trip to Boulder, Colorado that focused on entrepreneurship. But has Tallahassee seen evidence of lessons learned there?

"Two years later, fast forward when we went to Nashville, just a few weeks ago, Domi Station was the presenting sponsor and made a huge announcement about their new code academy program," Revell said. "So, you're seeing rapid acceleration in that field."

"Not trying to be like Nashville, but trying to think like them, maybe a little bit, as far as maximizing your strengths and finding new opportunities for how we can grow our community," he said.