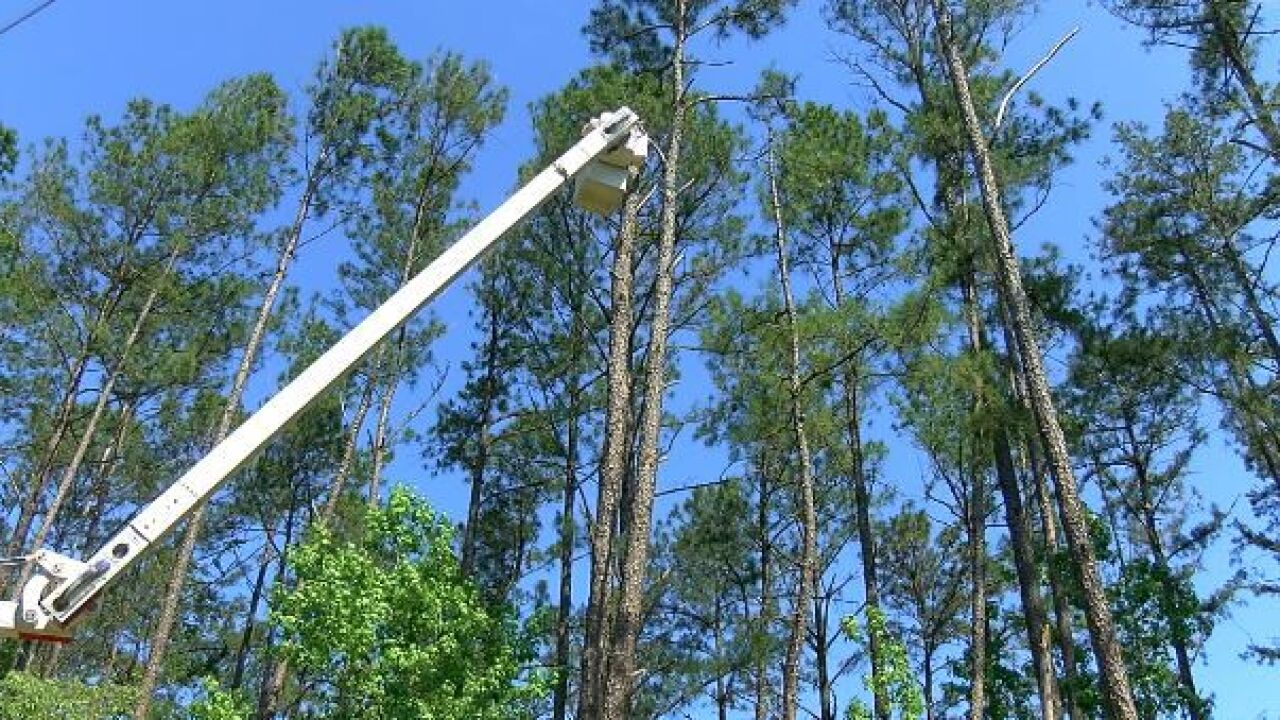 Courtesy: Fred Wilson
A crew contracted by the City of Tallahassee work to trim the trees around a major power line on the North side of the city. 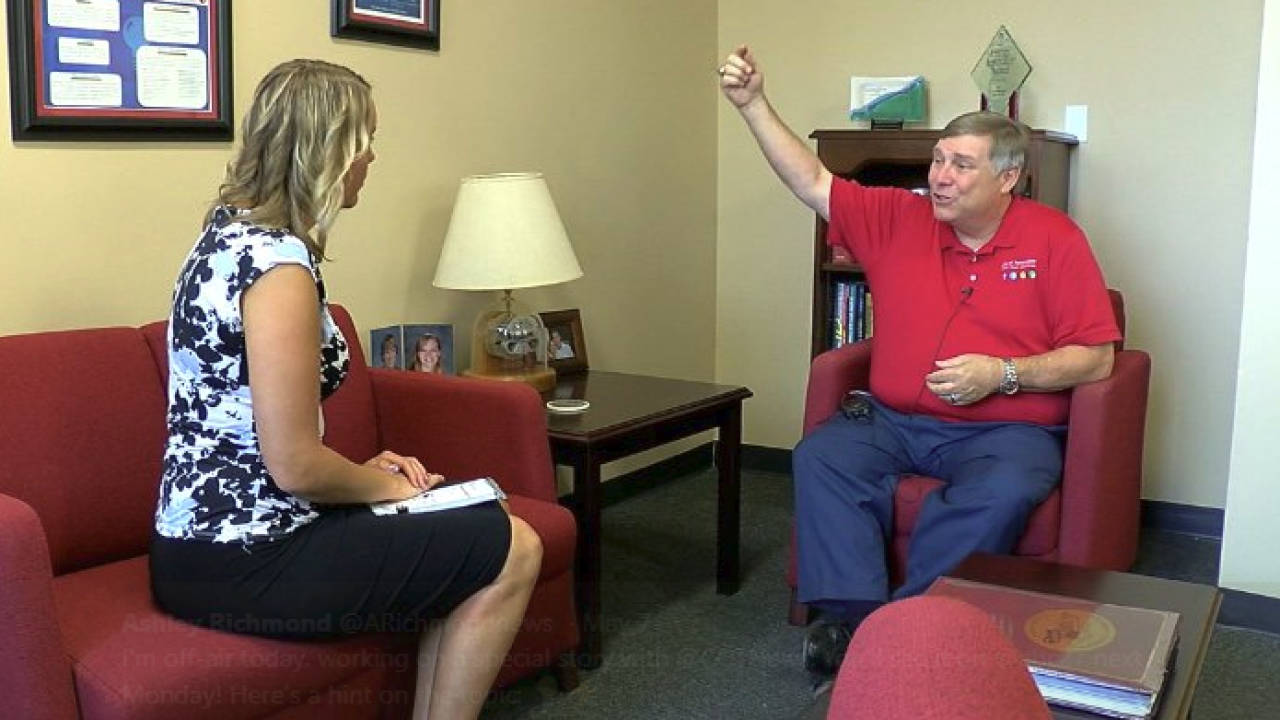 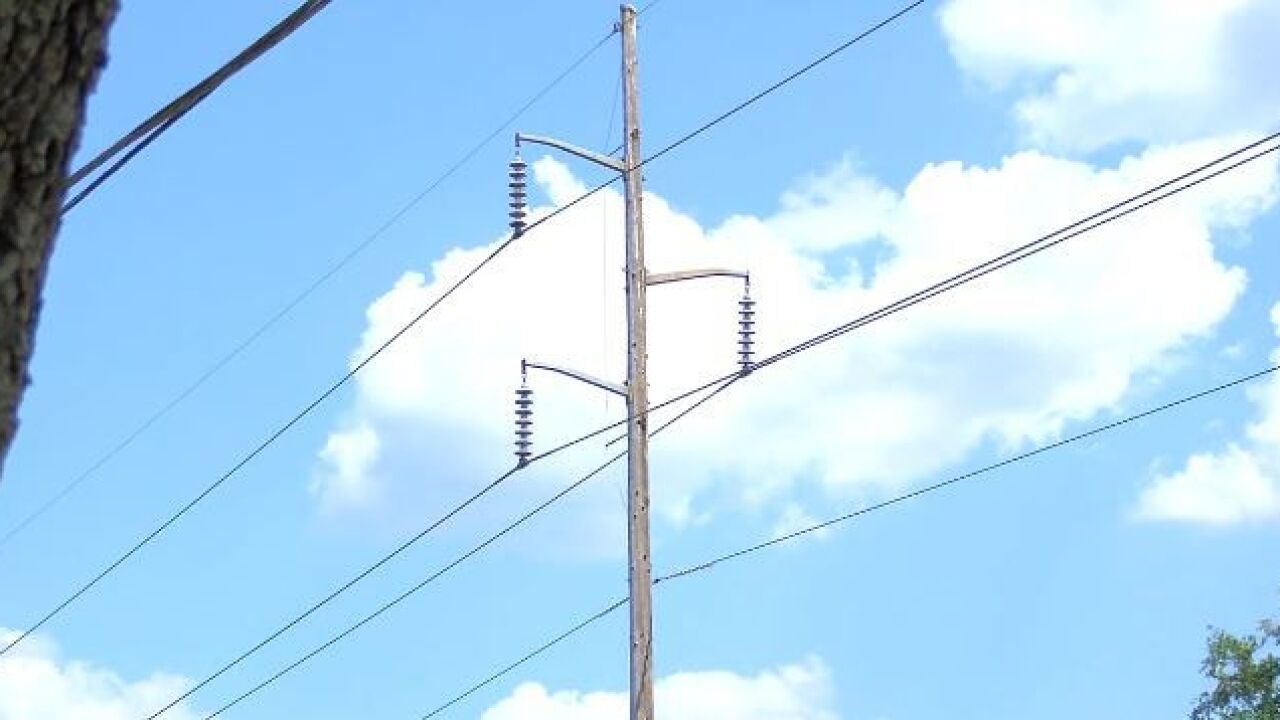 TALLAHASSEE, Fla. (WTXL) - Hurricane season starts on June 1, 2018, and one of the biggest effects we see when storms hit are power outages.

For decades, the City of Tallahassee has been working to make electric service more reliable; that way, when the weather gets bad, there's a better chance your lights stay on.

Tallahassee homeowner Regina Fassig has lived on Riggins Road for 28 years. In that time, she's seen plenty of storms and the damage they bring with.

"There's a ton of trees in the neighborhood," said Fassig. "Those have gone down in the last two hurricanes and the one downburst that we had, with housing damage mostly."

Some of Fassig's neighbors have already starting preparing for another hurricane season.

"Several people have voluntarily taken down several trees in their yards because of the storms," said Fassig.

The power lines near Regina's home are above the road, but Rob McGarrah, the City of Tallahassee's General Manager of Electric, says that's not the norm anymore.

"Virtually everything we build has been put underground since the 1980's, so we've had a commitment in the city to go underground with anything new for years," said McGarrah. "What you see that's still overhead are the older areas of our system."

But in a place like Tallahassee with nearly 200 years of history, traditional power lines still criss-cross above many streets and classic canopy roads of the Capital City. Moving those lines underground is expensive.

"It's between a million and a half and two million dollars a mile," said McGarrah.

Despite the cost, some of those lines are going underground, thanks to a city initiative.

"We will cost share with the developers now to incentivize moving that overhead service to underground," said McGarrah. "We've done with several of the new developments that have happened. The Nines is one that comes to mind."

For homeowners in older neighborhoods who want underground utilities, there is an option, but it's not cheap.

McGarrah explains: "If there's a group of residents that are on what we call a branch, not one of our main lines, if they're all willing to spend the money to make the conversions on their side, we'll go in and underground that for free."

McGarrah says they haven't had many takers on that deal; the conversion process costs about $3,000 a home. He adds that If the city were ever to decide to put the power lines underground on their own dime, it would mean a major rate increase for customers.

Instead, they're focusing on the #1 cause of most power line damage: trees.

City officials say, for many years, they asked people who live in Tallahassee what should be done about tree limbs. They wanted to let branches grow closer to the wires, but be trimmed more often.

Then, in 2016, Hermine blew through the city and changes had to be made.

"Before Hermine had hit, we had done a couple pilot areas of trimming out almost twice as far," said McGarrah. "We've seen reliability increases from that, so the city has adopted it city-wide."

"We're trimming more of the limbs that are above the power lines. It's not so much trimming back further, but getting those limbs above the lines that do cause most of the outages," said Perry Odom, the City of Tallahassee's Electric Utility Forester.

The result: more cutting and chopping to keep your electricity on the line. It's something homeowners say they appreciate.

"We've been very lucky, the service has come back on pretty quickly, within a day or two after these storms," said Fassig.

Another way the city is working on its power service: making it easier to report outages. You can now call, go online, or use the city's DigiTally app. The sooner you report, the sooner a crew can get out to repair the line.

If you have a story idea for the Insiders, you can email us at abc27news@wtxl.TV, attention "The Insiders."