Tallahassee streets filled with protesters over the weekend

Demonstrators marched peacefully through the city. 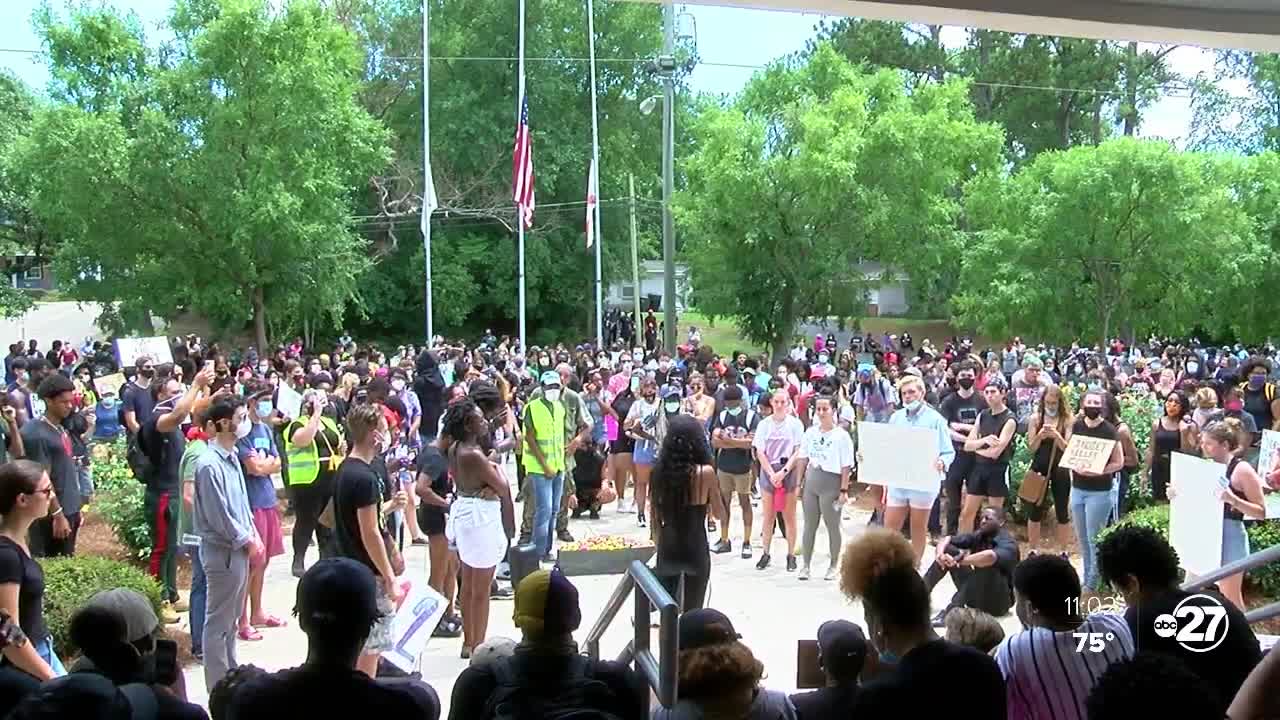 At times with intense moments.

A video starts with people chanting and if you look at the left side of your screen... a person appears to be hitting someone inside that red truck.

The truck then starts to drive through the area.

The driver was stopped shortly afterwards -- and detained by police -- but it's unclear if they face any charges.

It was an emotionally charged day.

"To stand in unity with everybody and make sure people know we are serious about this," Leah Sanders said.

Stemming from a call to action.

"We just want the Chief of Police to come out and talk to us and we just want people to recognize that black lives do matter," Michael Johnson said.

Hundreds of demonstrators carrying signs and raising voices..all over the city... one of the front gates at the Governor's mansion vandalized.

But despite the heightened tone across the America -- the demonstrators here were peaceful.

"I am not in agreeance with this looting because you know when this is all over you're going to jail," said Angela Whitman.

A local pastor offering calming words to the crowd...they dispersed moving back towards the Capitol where it later ended.

In response to the protests a curfew was implemented for the rest of the weekend.