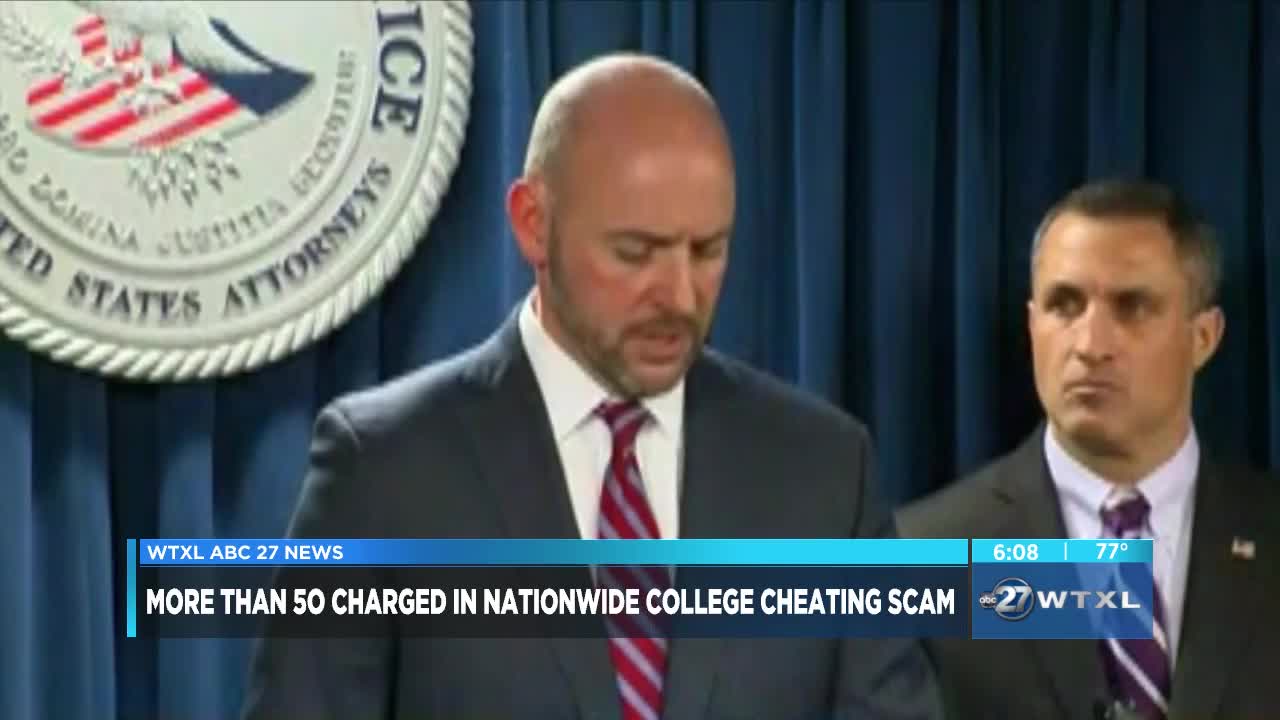 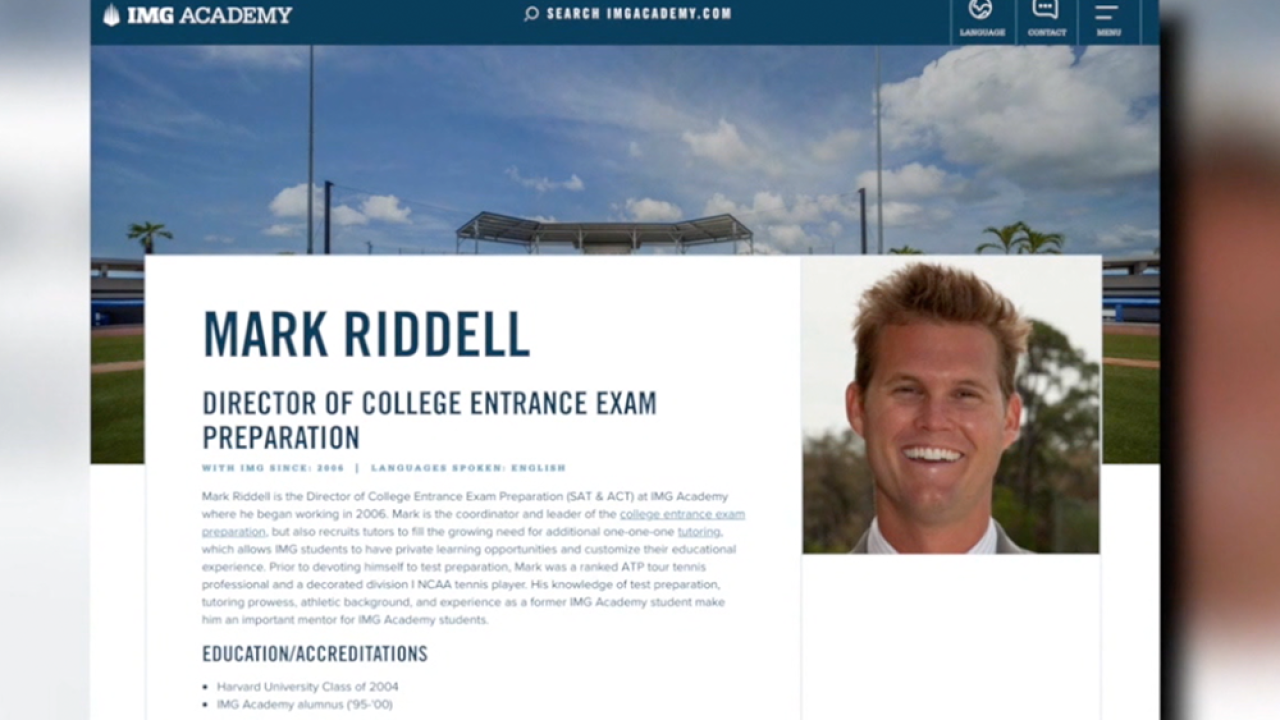 The spotlight is on the actresses, college coaches and wealthy parents, who are facing charges over an alleged college entrance exam cheating scandal, but there's a key player connected to the scandal right here in the Tampa Bay Area.

Mark Riddell, the 36-year-old Sarasota native, is accused of actually taking the students' test for them.

Riddell was the director of college entrance exam preparation at IMG Academy, located in Bradenton, Florida, that states it is focused on improving students' academic and athletic performance.

The 36-year-old is expected to face a judge in Massachusetts on Wednesday. ABC News' efforts to reach Riddell for comment has not been successful as of Tuesday evening.

On Tuesday night, IMG Academy released a statement that Riddell had been suspended indefinitely as the school investigates the matter.

Today we were made aware of the charges against Mark Riddell. Riddell has been suspended indefinitely as we investigate this matter.

U.S. Attorney for Massachusetts Andrew Lelling detailed the process of the alleged scheme at a news conference Tuesday morning and described Riddell as "just a really smart guy."

"He didn't have inside information about the answers, he was just smart enough to get a near perfect score on demand or to calibrate the score," the leading federal prosecutor said of Riddell.

Instead, William "Rick" Singer — who pleaded guilty to racketeering conspiracy and other charges for orchestrating the cheating ring — would arrange for Riddell to get a copy of the test from a bribed test administrator and then take it on behalf of the student.

"Singer would discuss with their clients what kind of score they were looking for. If your daughter took the S.A.T. on her own the first time and got a particular score, retaking the exam, if her score goes up too much, that would invite scrutiny. So Singer would discuss with parents what kind of score was impressive, but not too impressive, and then would instruct Riddell to attempt to get that score. And he was just good enough to do it," Lelling said.

The multi-paged criminal complaint reads that Riddell conspired with Singer from 2011 to 2019.

Although the court documents do not state the amount of times that Riddell was involved in either completing or correcting individuals' tests, it detailed a June 2018 incident, where the original plan was to have Riddell "secretly correct" one student's answers, after the student took the test himself.

In a turn of events, the complaint read, the teenager was sick when it came time to travel to the Houston test site so Riddell took the test for him.

However, in at least this one instance, when Riddell took the exam in place of high school students, the criminal complaint charges that he did not sit for the exam with other high schoolers — which may have sparked suspicions because he is in his late thirties.

To fulfill the plan, according to the criminal complaint, the parent "provided Singer with an exemplar of Parent 1's son's handwriting so that Riddell could imitate it when taking the exam in his place."

Riddell — who is based in Palmetto, Florida, which is south of Tampa — would receive a copy of the ACT from a bribed test administrator and take the exam in his hotel room after flying to one of the two alleged test centers involved in the scandal.

The criminal complaint further charges that Riddell reported back to Singer that he "predicted that he would score a 35 out of 36 on the ACT exam."

A biography of Riddell was removed from IMG Academy's website, but a cached version of the site showed that he had worked at the academy since 2006. The cached site read that he is an alumni of Harvard University and "assists thousands of students in gaining admission to top American universities such as Stanford, Duke, Columbia, Dartmouth, University of Chicago, and many other notable institutions."

He is also listed a ranked professional tennis player and an alum of IMG Academy himself.