The woman who took the 'Jeopardy!' crown auditioned for the show four times 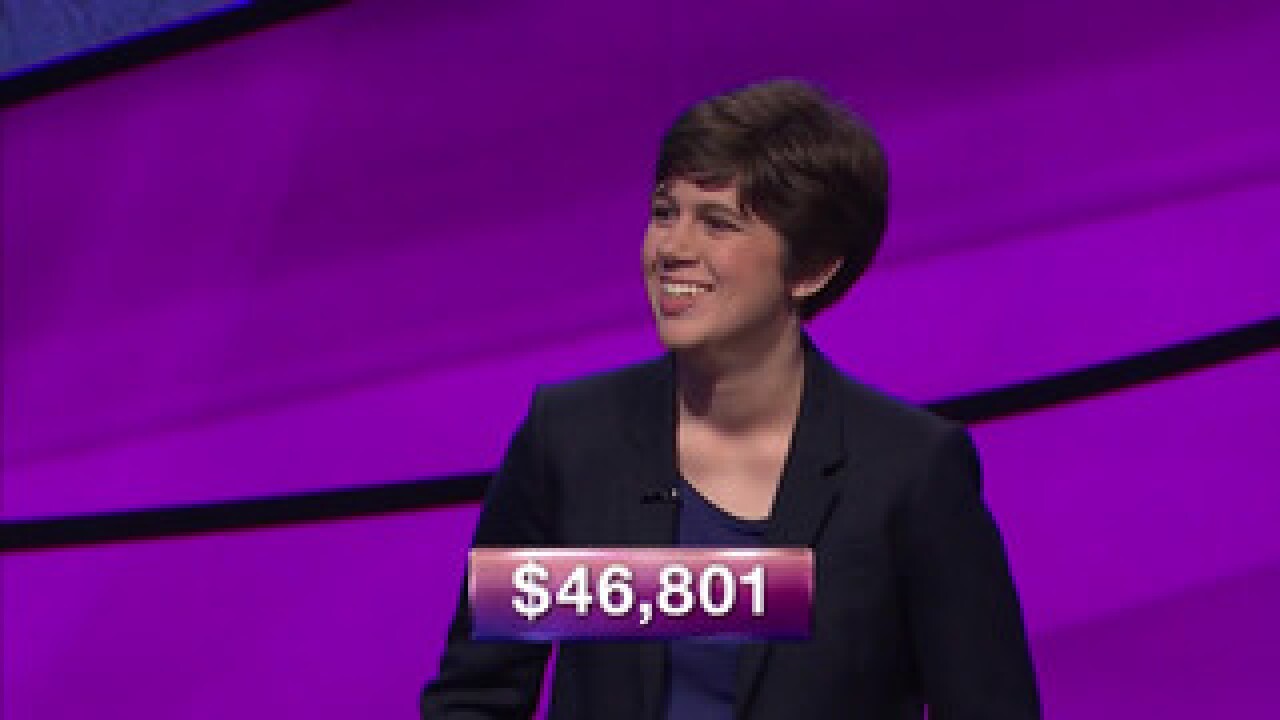 The woman who finally dethroned "Jeopardy!" champion James Holzhauer after his 32-game winning streak has been studying the show for years.

Emma Boettcher, a 27-year-old user experience librarian in Chicago, Illinois, auditioned to appear on the game show four times, beginning in her senior year of high school, according to The Philadelphia Inquirer.

"As far as preparation, I looked up some tutorials online about how to wager, especially for Final Jeopardy," Boettcher told the newspaper. "But I also knew that a large part of the game for me was the mental aspect, keeping focused while being on the set of my favorite TV show."

Her preparation paid off.

Boettcher won $46,801 on Monday's episode and, in the process, brought an end to Holzhauer's attempt to break the all-time "Jeopardy!" earnings record.

Boettcher's interest in trivia began in high school. As an undergraduate student at Princeton University, she would track her answers to the show to determine her weak spots, the newspaper reported.

Boettcher even wrote a master's paper on predicting the difficulty of trivia questions, using "Jeopardy!" clues as part of the study, while in school at the University of North Carolina, where she studied information science, according to CNN affiliate WLS .

Holzhauer, who won more than $2 million over his 32-game winning streak and finished just $58,484 shy of the winnings record, said he was impressed with Boettcher's performance.

"Emma dominated her warmup games that day, and I knew she would make an extremely tough challenger," the 34-year-old professional sports gambler from Las Vegas said in a news release. "I'm proud that it took a top-level player at her absolute best to eliminate me."

CNN has reached out to Boettcher for comment but has not yet heard back.