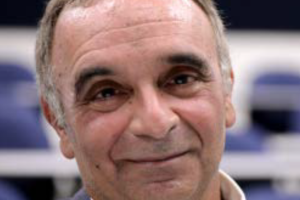 Richard Murgo has been a Professor of Political Science at Tallahassee Community College since 1994.

Dr. Murgo served as faculty Senate President 2005-2006, continues as the dual enrollment education coordinator of the statewide Florida Boys State and Girls State programs, and is an adviser and co-founder for the TCC Model United Nations program.

He has founded and developed a faculty exchange program with Tianjin Foreign Studies University, as well as developed partnerships with other colleges for students study abroad programs in China and the Czech Republic.

Dr. Murgo has also served on the United Nations Association of American Historically Black Colleges and Universities and Community Colleges Committee. Dr. Murgo served as president of the National Model United Nations Board of Directors and is the current President Emeritus, Member Ex Officio.

Dr. Murgo is a currently serving as Tallahassee Community College’s Director of Academic Enrichment, overseeing the honors and international programs for the college.