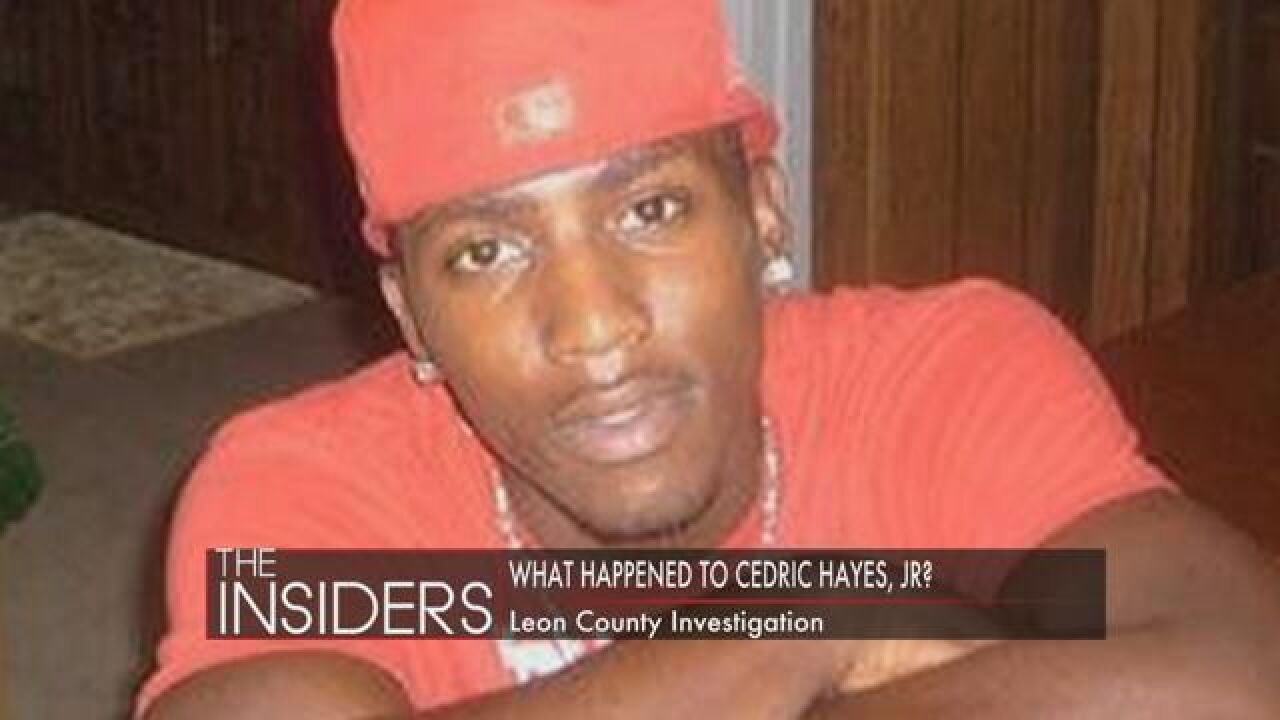 TALLAHASSEE, Fla. (WTXL) -- It's been almost been a year since family and friends have seen Cedric Lee Hayes Jr. alive. Investigators are handling the case as a homicide, but say they've exhausted all leads.

In June of 2016, Leon County Sheriff's Deputies were dispatched on a call of a man found dead in a vehicle at the intersection of Crawfordville Highway and Ross Road. Deputies identifying body as Cedric Lee Hayes Jr.

Authorities say, there is a three hour window from when Hayes was last seen alive to when he was found dead. As the days mount, they are struggling to determine what went wrong.

For Tina Jackson, it's the phone call that every parent dreads, finding out something has happen to your child, even worse, finding out your child has been murdered.

"The worst thing you can ever imagine happens when you lose a kid", said Tina Jackson, Cedric's mother.

Cedric Hayes Jr., would be 27 this year. His mother Tina says, not a day goes by she doesn't think about him and his big smile.

Investigators are convinced someone knows the details surrounding Cedric's death. They hope new leads will surface that will help them solve this case.

If you have a story idea for the INSIDERS email us at ABC27News@WTXL.TV