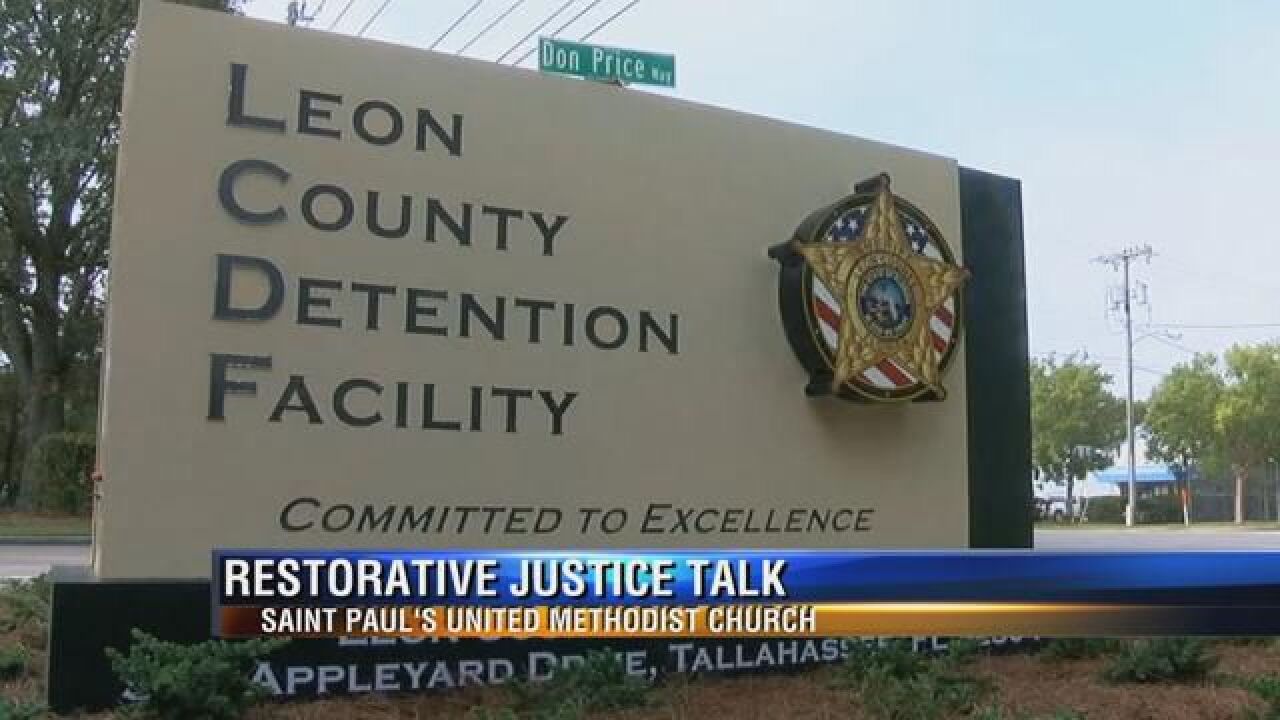 TALLAHASSEE, Fla. (WTXL) - How does Tallahassee address the issue of restorative justice?

A Tallahassee church invited the community to be part of an important conversation about restorative justice. Residents met at Saint Paul's United Methodist Church to share a meal and learn more about an issues not may people know about.

It's called "restorative justice," a method where victims and offenders work together to find ways of redemption through forgiveness.

One of the speakers was the father of Conor McBride, who was sentenced for the murder of a woman in Leon County. Her family asked the court for restorative justice, reducing his sentence so he can take anger management classes and speak to youth about domestic violence.

It's just one example of how communities can keep offenders from staying broken or isolated. Saint Paul's prison ministry director says restorative justice allows much needed healing for everyone involved.

“There is a third way, if you will, in which we can resolve these issues," said Michael Dobson who works with the church's prison ministry. "I think that the victims, like the offenders – they find themselves in a place where they’re just kind of in for the ride with the system as it is.”

State Attorney Jack Campbell is expected to be one of the speakers as well as several other local experts in this subject area. The goal here is to let people know more about restorative justice in the hopes that there will be more cases of offenders getting a second chance.