Divers capture 100 pounds of party beads in waters off Tampa 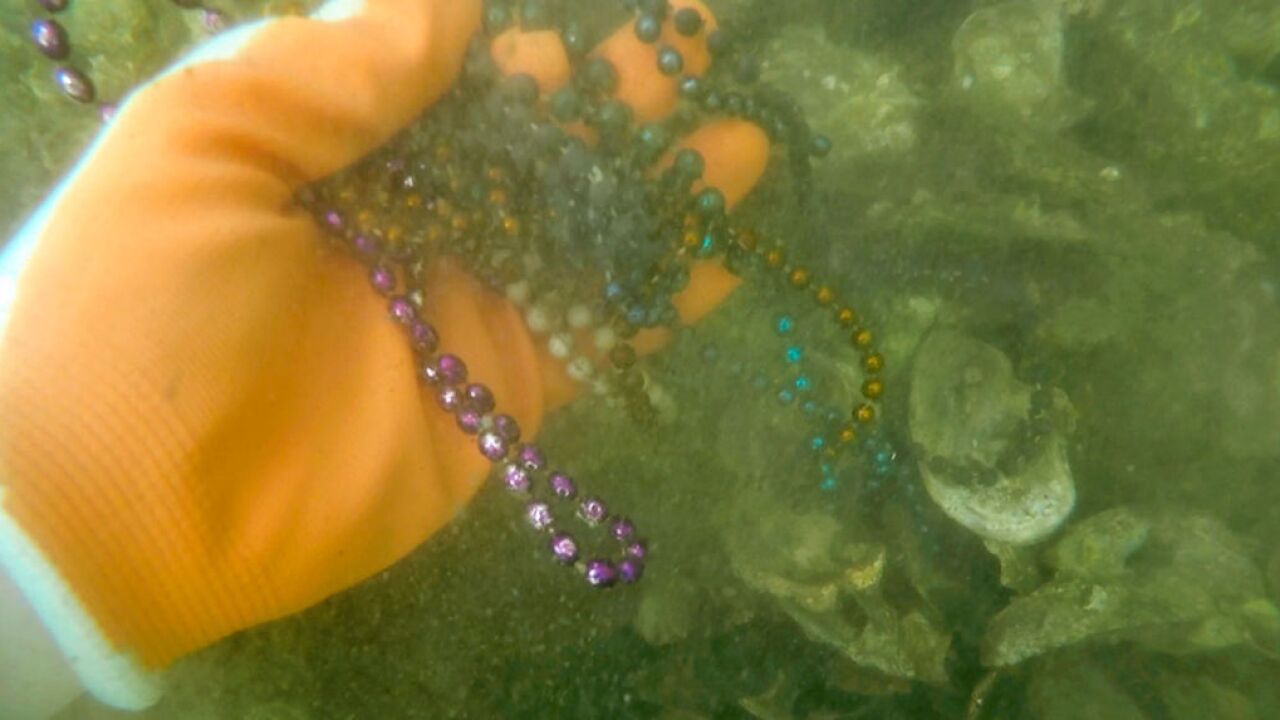 TAMPA, Fla. (AP) - Two-dozen volunteer divers fished nearly 100 pounds of party beads out of a channel in the waters of Tampa Bay.

The Tampa Bay Times reports the beads likely ended up in the water during Gasparilla celebrations. Gasparilla is the city's signature pirate-themed party that's similar to Mardi Gras, during which participants on boats throw strings of beads to those watching. Trouble is, many of the beads don't make their way ashore.

To the tosser and would-be catcher, beads that sink amount to a fleeting moment of disappointment amid the revelry. But experts say the beads, which became a popular Gasparilla tradition around the 1980s, are as bad for the bay as fishing line or six pack rings.

Fish and birds become entangled in the water.