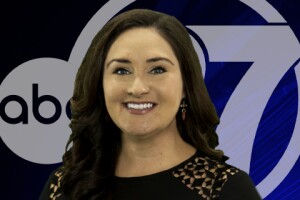 Abbey was born and raised in Orlando, Florida and received her bachelor's degree in International Affairs from Florida State University.

Abbey's work has been recognized on national television including ABC News and The Weather Channel. She won an Associated Press award for her stories related to Tallahassee Police informant Rachel Hoffman's murder and another AP award for Best Newscast. Her D-Day series was nominated for an Emmy award in 2015.

She completed The Florida Bar's Reporter Workshop in 2009 as one of 20 broadcasters chosen statewide to participate. She is also a member of the National Academy of Television Arts & Sciences.

Abbey is on the Board of Directors for Elder Care Services, Inc. She is also the board chair of Public Relations.

When she is not volunteering her time in the community, she is spending time going to the beach and playing with her two dogs Max and Buddy!